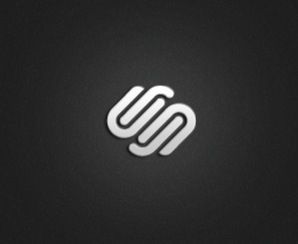 Squarespace has done a phenominal job in creating an official iPhone app for their users, one which may make Blogger guru’s and WordPress disciples jealous.

The Squarespace app comes with an advanced analytics packaged baked within, displaying not only traffic to the blog, but also SEO, RSS subscribers, and referals (via other sites) too. 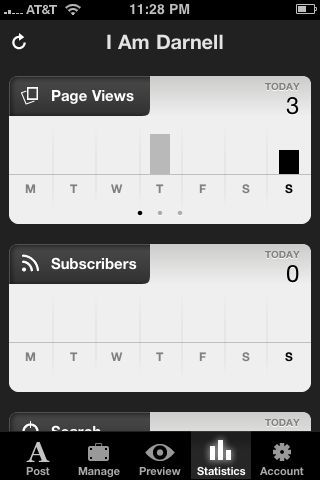 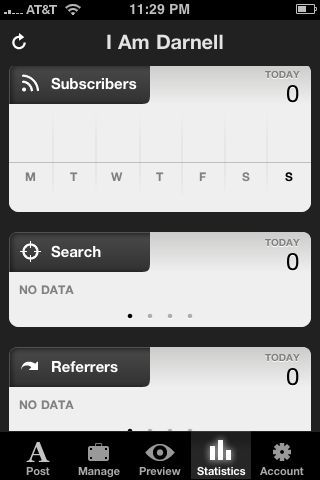 To get something similar with WordPress or BlogPress, I would have to purchase several other apps, respectively, not to mention constantly close out of the blog app in order to view my stats.

It’s not just the fact that I can select more than one image per post (as both BlogPress and the WordPress App do this), but rather I can select multiple images at once instead of individually. 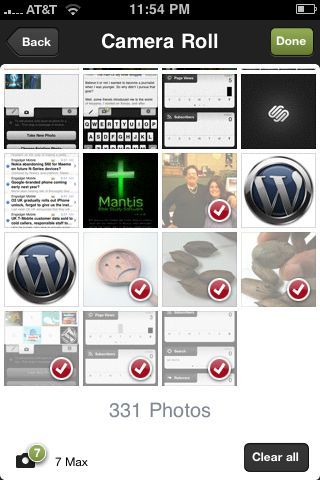 This is a huge time saver, as it saves me precious minuets having to constantly reopen my photo library (which gets old after the fifth image).

What I Didn’t Love

There were a couple of things I did not like about this app, which the Squarespace team will hopefully remedy with the next update.

Unfortunately the Squarespace app only supports portrait mode for blogging, but not landscape mode, an issue my basketball fingers loathed (as they are too wide for the tiny keyboard).

You can only add up to 8 images per post. This is something that may not please photography guru’s, or people who like to use lots of images in their posts (like me). 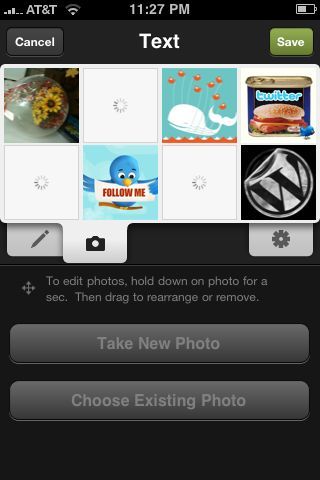 Also I could only post images to the top of the blog post, which I found to be (humerously) irritating as the WordPress app does the same thing (except it places them at the bottom).

Overall, the Squarespace team did an excellent job with this app, and hopefully they will continue to add even more features as it could convince a few bloggers to switch over to their platform. (hint, hint)