More than two years ago, during the heated sponsored themes FUD debate, I wrote that it was time to return the WordPress trademark to the Community and was also called out, by Matt himself, for it being an attack post. I have been a critic of Matt for a long time already but there is one thing ‘the community’ must understand: Matt has the guts most people would not have. Every community needs their Matt Mullenweg.

Design By Communittee Leads to Mediocrity

An often misunderstood statement and one I will dare to challenge at times but when it comes to projects as large as WordPress, Movable Type and other open source projects, design by committee leads to mediocrity. Face it, accept it and get over it.

Why does this happen? You do not need me to understand this but the turning point is when communities start to grow and become important. When a project becomes popular. When a project passes beyond being new and exciting. Could you imagine how WordPress would look like if everyone could decide what would flow in to the code? No? Just have a look at the numerous plugins in the repository. Like ‘There’s an app for that’, there’s a plugin for almost anything. Just like most iPhone apps suck, most plugins for WordPress suck and so do a majority of the WordPress themes. So does a majority of all sites you find on the internet,so do a majority of all books you find in the library aso.

[pull]Strong and opinionated leadership is essential.
Design by committee ensures mediocrity – at best.[/pull]

It’s what happens when you let the community decide. It’s what happens when you are allowed to decide. It’s what happens when I am allowed to decide. Instead of thinking for the community we tend to let our own ideas influence our decisions. It’s called being human. Leaders need to be different though: most projects need someone who is not afraid of calling shots, someone who dares to go against the flow and dares to say ‘This is my decision and that’s how things will be’. Over the last years Matt did so with the Themes repository, with the WordPress 2010 theme and Matt will lead the WordPress Foundation as well.

Personal Opinion Can Lead to Lack of Respect

After the sponsored theme controversy and Matt’s decision to nuke and clean the theme repository the cries to remove the default links to the sites of core (historical?) contributors to the code of WordPress got louder all the time and subsequently these were removed and replaced with links to WordPress documentation. Many people said that links were a currency, a way to pay the people listed, but have you ever tried to get a loan approved based on how many backlinks you have in Google?
The original links to these contributors were there because of what these people meant to the code of the platform we all use, the links honoured their participation. If at any point these links provided a valuable financial return, it was based on the merit of the great code these people contributed to.

Not Every Decision Needs to Please the Community

The strength of great leaders is that they think further, think months, often years, ahead already. Think about what will positively help their project grow. Often they do decide not to do what would seem the popular option but instead they will offend a part of the contributing community by opting for the other, less popular among smaller but very active groups, solution. Well known examples are the sponsored themes debate and the canonical plugins debate.

As the WordPress community grows up there is one thing it has to accept: leading a project as large as WordPress is not much different than being the President of the USA.
Whoever is the leader will be hated by some people, will make decisions disliked by others and if the leader were to be replaced by another, democratically chosen, leader the new leader would be just as hated by some within the shortest time.

You do not have to agree with this statement but we do not have to look far back in history to realise that the last ‘lauded Messiah’ nothing more than another miserable failure is and perfectly serves as example here. 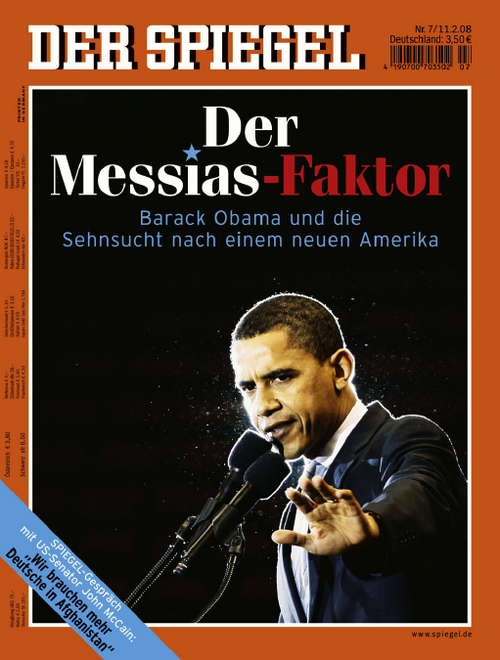 The Grass Is Not Greener at the Other Side

On Twitter Jeff Chandler expressed that maybe there had been a shift in thinking.

I’m guessing the pursuit of happiness which existed at one time has since disappeared.

The fact is that for hardcore users, long term contributors and evangelists, WordPress no longer a new, shiny and exciting project is. And hasn’t been since probably the days of the sponsored themes debate. This does not take anything away of how awesome and powerful the platform, software is.

If you look at the other side, at other popular open source projects, you will find the same discussions in almost every ‘democratically lead’ open source project. Projects have faltered because of this, have failed because of community pressure, others have been forked. Often to live the same fatal destiny within the next 5 years.
WordPress though is on a good and stable path and this is probably because of Matt and nobody else. He seems to think long term and is surrounded with great people. He hasn’t made any major errors.
If Matt makes too many errors, WordPress might become the next ‘Mambo Server/Joomla’. Or the project might die within the next 10 years, like happened to PostNuke.

Feel free to fork and go your own way (as I am sure will happen to WordPressMU lead by the WPMU.org crew).

If you like small teams and shiny new, exciting projects help the Habari community, which is also designed by Committee. And so far things work out great, but if Habari grows and becomes big at some point, the deficiencies of design by committee will become more and more apparent and also that community will see its fair share of upset contributors and people will leave annoyed, each for their own reasons.

Otherwise… accept that Matt the Boss is but do not forget that he’s the first one to admit that he isn’t perfect and to admit errors. He also has learned from previous errors.
Personally I am not excited by the evolution of WordPress anymore, I prefer being a watchdog of small, shiny and exciting new projects. WordPress has many great things going and the community is blessed to have a great leader in the name of Matt. People who, like me, love being ‘bleeding edge’ are already looking for the next big thing and have made place for the reporters, the real watchdogs. But to conclude, trust me that many communities would love to have a leader like Matt. Like it or don’t. Stay or leave.