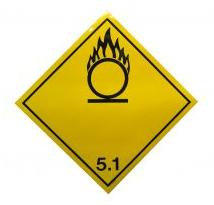 One of the great things about the Internet is that it has enabled almost anyone to become a publisher and reach an audience of millions.

One of the bad things about that is that most people don’t have the understanding of media law to know how to avoid being sued while publishing on the Web.

One of the thornier areas that bloggers have to deal with is defamation law, specifically libel. Much like with copyright law, defamation is a misunderstood set of rules that, in the age of the Internet, can at times seem archaic and confusing but is actually in place for a very good reason.

However, also as with copyright, it’s an easy pitfall for a blogger to fall into, especially if they aren’t aware of the rules. Fortunately though, this is one blogging pitfall that is fairly easy to avoid, but it does require one to put forth some extra effort into their writing to make sure they don’t find themselves on the wrong end of a libel lawsuit.

As bloggers, we routinely talk about people in our posts and, unfortunately, it isn’t always in a glowing light. Simply put, part of reporting on the news, expressing political opinion or even just talking about our daily lives forces us to, at least on occasion, talk about others in a less-than-favorable light (even if that light is only unfavorable in their own mind).

Unfortunately, if one is not careful, they can easily run afoul of defamation law, which is a set of laws designed to prevent people from saying and/or printing untruthful things to harm each other’s reputation.

While it might seem fairly simple, just tell the truth and you will almost always be safe, it isn’t always quite that easy. Sometimes, seemingly truthful statements, such as calling someone with many tax liens a “tax fraud” can result in a libel lawsuit due to subtle, but important, nuances in the statement.

Even expressing one’s opinion can be dangerous at times as well if the opinion can be confused for fact. One such case involved a commenter accusing a third party of being a “shyster”, which the plaintiff believed to be accusing him of criminal activity, which resulted in a court case.

Though libel seems fairly straightforward, staying completely safe is anything but and the consequences for not doing so can be very dire.

The biggest and most worrisome danger danger is simply being sued. On that front, defending a libel lawsuit can be an especially dark nightmare.

In addition to the hassle and expense of finding an attorney, filing responses and appearing in court, the hassles that come with all lawsuits, the nature of libel often makes it possible for the plaintiff to sue in a “friendly”, such as what the makers of the game Evony did to one blogger before dropping the suit. In that case, a company, with no clear ties to the country, sued a British blogger in Australia where it was almost impossible for him to defend himself.

This is possible because, at least in theory, the person who has been injured needs to sue where the damage to their reputation took place and, on the Web, that could be just about anywhere.

To make matters worse, even within the same country there can be a lot of difference between jurisdictions as much of libel law is determined on the state level in the U.S. This can further complicate even “simple” libel cases.

But while a lawsuit is certainly the nightmare scenario and an increasingly common one for bloggers, it is still very rare in the big picture.

Instead, most bloggers who face libel disputes are merely threatened with legal action and forced to change or remove allegedly untruthful posts. Though it is preferable to a lawsuit, it can still lead to a great deal of worrying and confusion, not to mention a very awkward and difficult moment with your readers.

In short, even when a libel case doesn’t go to a court, it can still cause a great deal of headache, making it a pitfall well worth avoiding.

The unfortunate thing about libel is that, if you talk about people on the Web in an unfavorable light, no matter how careful you are, you will almost certainly be threatened with lawsuit though, usually, by someone fairly ignorant about the actual law.

So your first step is to educate yourself on the law itself and the EFF has a good primer on the subject. Once you understand the basics of libel, you can then actually work at taking steps to head off situations where you may be hit with libel allegations.

Though there is no perfect shield against a libel lawsuit, or any other lawsuit for that matter, if you do your research, stick to the facts and don’t disparage people without solid proof, you will most likely be fine. However, as with the “tax fraud” case above, you do have to be careful not to unwittingly accuse people of a crime when reporting on related news. Your best bet is to stick exclusively to what you can show and add in your own conjecture.

Still, if you can do these things, for the most part, you should have no issue with libel or defamation.

As mentioned above, defamation is a particularly thorny area of the law for bloggers as they can be called to just about any state or any country on such a claim. Laws vary wildly from nation to nation and region to region, but truth is almost always your best defense.

Though you can still find yourself in legal trouble for revealing private and embarrassing, but truthful, facts, those are rarely libel issues and steps into the realm of privacy law, a post for another day.