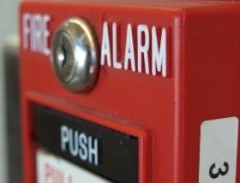 A little bit of controversy can be very good for a blog. It can re-invigorate and motivate your existing readership, draw in new a readers to a site and spark up a great conversation.

However, controversy can also be addicting. The traffic spikes that come with posts that are talked about and the good feelings that comes from being the center of attention, even if much of it is negative, can actually be a motivating factor for a blogger and the driving force for the site.

This, in turn, comes with a slew of new challenges and they are problems that can literally rip a site apart and destroy the reputation of a blogger. Simply put, going down the road of controversy may be an easy path to traffic and even some material success with a blog, but it is a deathtrap that can cause a great site to flame out and die all too quickly.

If you’ve ever posted something that’s been seen as controversial, you already know what can happen. For many it happens by accident, either a poorly-worded title or a post that just didn’t seem that outrageous draws some fire. Supporters and detractors alike begin to debate the issue and a blog, which often times doesn’t get a lot of attention at all, becomes the center of a lot of energy.

Where some blogs shy away from this, working to avoid this kind of attention, some begin to revel in it. The thrill of being noticed online might seem petty, but it does come with real emotional rewards and controversy can seem to be a shortcut to that. The increased page views and attention even comes with material rewards at times, including increased advertising revenue, mentions in the mainstream medi and more.

The problem is that there comes a tipping point where a blog literally needs controversy to survive and, just as with any other addiction, it takes more and more of the vice to achieve the same result. It’s difficult to know where this threshold is, but once it is crossed, there is almost no turning back.

An easy analogy is to think of controversy for a blog like spice is for food. A little bit can make a bland but nutritious meal more palatable but too much can ruin it. Likewise, people have varying tastes as to how much they can take but in both cases there comes a point where you’re no longer making real cuisine and instead just just peddling bottles of hot sauce to tourists.

Generally speaking, there are five levels of controversial blogs:

For the most part, the farther down the scale a blog trends, the less meat it has to offer and the more it is basing itself on its controversy. The problem is that it is easier to go down the scale than back up. For example, a site that does something mildly divisive one week will not get the same response the next with a similar stunt, they have to go farther to get the same attention.

Many blogs manage to walk a fine line with controversy, including some gossip blogs, offering just enough “substance” to keep readers interested beyond the scandals where other blogs simply get a reputation for being outrageous and, eventually, for being hated.

But while being hated on the Web might not seem like a big deal, especially if it comes with traffic and material success. It can create other problems including attacks in real life, legal troubles in cases where the blogger went too far and a general lack of respect for the site.

Furthermore, the material success dries up quickly as legitimate companies and ad networks don’t wish to work with blogs that are essentially trolls and most find that the effort and a point is eventually reached where, no matter what is said, people just don’t find anything the blog does all that shocking or surprising. Quickly, the headache of maintaining a presence simply is not worth the rewards. Very few of the blogs that go down this path last long as the bloggers burn out, or rather flame out, in very dramatic ways.

Writing a blog that is too bland is just as dangerous as writing one that is too much flamebait. A bland blog may not flame out under the pressure of an Internet that hates them, but they largely wallow unrecognized and the vast majority just quietly give up.

The key is finding a balance for your site and for your goals. Political blogs, for example can be much more controversial than a blog about crocheting. For one, political blogs tend to have self-selective readers and though the views expressed might be controversial to the other side, those who feel differently rarely visit, instead preferring sites they agree with.

It is important though that you always hang your metaphorical hat on the quality of your content, not the controversy you stir up. Every post should be checked to see if it serves your target reader or if it is just being controversial for the sake of gaining attention.

You will find that there are many ways to spark a discussion, even a passionate one, while still serving your core audience. The key is to find ways to push boundaries and new ideas without abandoning those who come to your site for a stated reason.

If you can do that, you can likely find a balance that is right for your site, go beyond that and you may be condemning yourself to a game of self-oneupmanship, where you constantly have to “out shock” your last post in order to keep the traffic flowing.

As alluded to above, a blog really is a lot like a recipe. Though tastes differ and some have a higher tolerance for “heat”, a blog can’t be all fire and controversy, there has to be some substance for it to survive and be productive.

Finding the right formula for your site can be tricky but it’s important to realize that opinion and controversy does play a part in keeping a blog interesting and active. However, the focus should always be on the target audience and one should never go out of their way to inject new controversy into a site.

Like the warning on a bottle of hot sauce, use controversy sparingly and dilute it appropriately. Turning your site into flamebait is an almost sure-fire way to burn out as a blogger.

The stress of writing X number of posts per week is enough to make most bow out eventually, add to that the hatred, vitriol and constant oneupmanship that comes with the trolling path and it becomes pretty clear why most bloggers who try it wind up disappearing.