The colleagues over at The Next Web report that WordPress has hit the 50 million websites milestone. The open source software now is used on 14% of all sites on the internet, half of them being hosted by WordPress.com.

WordPress.com users now publish close to 3 million posts per week and more than 1 million pages. Around 4 million files have been uploaded weekly per week in 2011 already and on average more than 4 million comments are posted every week on the platform managed by Automattic.

At the time of writing WordPress 3.2, which was released less than a week ago, had already been downloaded more than 1 million times. 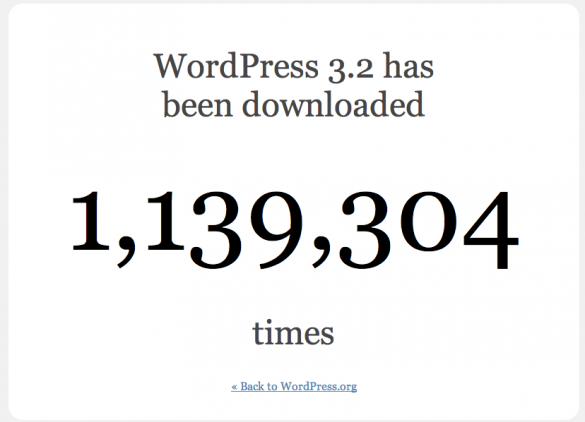 Check the WordPress download counter for actual up to date numbers.