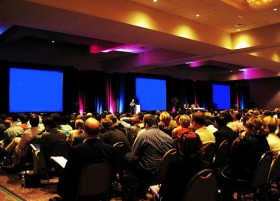 It might seem like a good problem to have. Most bloggers toil in anonymity or near-anonymity, struggling to get their sites read and find more exposure for their works.

However, those few who do “make it” often don’t fare much better. Those who achieve even a small amount of fame online often find that being known can be just as bad, if not worse, as being an unknown.

Even someone, such as myself, who achieves a tiny amount of fame in a very small niche quickly learns that any notoriety comes with a slew of responsibility and, at times, headaches.

So, before you set on the path of trying to become a famous or semi-famous blogger, you may want to take a moment and look at some of the drawbacks and problems that come with it.

Fortunately though, most of those problems can be easily mitigated, but one has to be ready for them in order to stop them from ruining everything they’ve worked on.

The Perils of Getting Big

On one hand, there is certainly a lot to like about being well-known, even moderately so. People tend to listen to what you have to say, they share your work via social media, treat you as an authority figure and value your opinion. It can be nice and it is definitely a huge boost to the ego.

However, while that attention shines a bright spotlight on all of the good that you do, it shines the light equally bright on everything that you do poorly.

Others, many of whom may want to tear you down so they can build themselves up, will pick apart your words and ideas. Others, possibly wanting to trade on your name and reputation, will criticize you, often pointlessly, and even go as far as to libel you online.

Depending on the size of your fame and how controversial of a figure you might be, the attacks can get downright vindictive and reach a point where nothing is sacred. Friends, family, employers and anything in between can become targets.

That, in turn, is precisely what happened to Pamela Jones of Groklaw in 2005 when a reporter published information about her personal life, including her mother and photos of her house.

Though attacks that go that far are less common, smaller ones are regular for almost all bloggers of any notoriety.

In short, while it can be tough to have no one listening to you, it can be far worse to have them listening to everything you say and, even worse, screaming as loud as they can to drown you out, literally at any cost.

Dealing With “Fame” and Silencing the Trolls

The first step to dealing with fame is realizing that you have it to begin with. Many bloggers might look at their traffic stats and believe that they are not popular at all when, in reality, they’ve got a good foothold in their niche, at least enough of one so that people are paying attention.

Just because you aren’t getting tens of thousands of visitors a day doesn’t mean you aren’t a celebrity. What does count is that the people who need to know who you are known do so and that they are taking interest in your work. After all, they are the same people who can destroy what you’ve built.

With that in mind, it’s time to stop thinking like you’re screaming into the wind and start realizing that people are actually paying attention, even if it only seems like a few.

With that in mind, here are a few good steps to follow:

The most important thing, however, is to simply keep your eyes on why you started blogging and not let the problems outside of that get you down.

If you have a goal in mind and a purpose for your work, even if it is as simple as making people smile, it’s a lot easier to stay focused and not get caught up in the distractions.

In the end, if you find yourself in a position of authority, no matter how small that position may seem to be, you need to show respect for it. Even if just one person trusts your opinion or wants to know what you have to say, you owe it to that person to treat their trust in you with respect.

If you do that, then you and have a good understanding that, sometimes, the Web can be a very uncaring and unfriendly place, you should be fine.

The problems usually arise when one thinks no one is listening, ignoring the audience they have, and then wondering why the mob is out to tear them down.