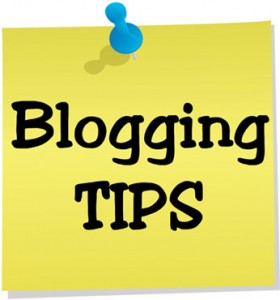 New website owners and owners of struggling properties will often try just about anything in order to bring visitors to their websites. One of the most common practices is the “art” of “link baiting” in which an articles title is designed in such a way as to attract readers based off grandiose statements and incorrect information that is later explained in the story or by twisting title information to make it appear more appealing (in many cases).

What many writers fail to understand is that link baiting can be accomplished without pissing off your reader base and sending mixed messages.

Let’s take a look at a few quick ways you can create more attractive baiting techniques that bring readers to your blog for the right reasons.

1. Lead Into The Stories Premise

Think of your title as the first sentence of your story, what can you tell the reader that will let them know what your story is about while still leaving them with more questions. The basic rule of journalism is that the start of any good article should include the “who, what, where, why when” attributes of the story.

Let’s assume that you know the who, what and where for a story about a man who is holding a group of people hostage at a bank because he wants his brother freed from prison, you’re title could read: “Man holds bank tellers hostage to help brother.” As you will notice that title leaves open a lot of questions for your reader, for example “how is he helping his brother?” and “where is this occurring.” What you have essentially done is forced the reader to examine your lead-in opening within your article by clicking over to your story.

2. Use Visual Descriptors When Possible

While leading someone into the start of an article is a great way for them to discover more about what you have written sometimes a colorful explanation of your article can attract “visual” readers. Have you ever noticed how some teachers, employees and other people will use words like “Let me draw you a picture.” Those people relate their ideas to “visual cues” such as “drawing a picture” because they like to develop a picture in their head before they proceed. By “drawing a picture” with your title you can associate your articles with visual people.

One example of this might be: 10 Pictures Of Everest You Have To See To Believe. Notice how the word “see” is incorporated into the post. Visual Descriptors are best used with video and photography posts in which visual information will be used. In this type of baiting you are not baiting an idea that needs more information but rather you are baiting the visual necessity of many people.

If you’re writing a post about celebrity dating and there are two people involved in the story you can bait people into your article by only using one of the subjects names. For example “Justin Bieber Spotted On Venice Date With Girlfriend.” In that example the reader is left to wonder if Justin Bieber has a new girlfriend, while the information still provides users with enough information to understand what your post will be about. Internet readers love to read a title and then share them via Twitter, Facebook and other venues before they have even read the article, the reason users do this is often because they think they get the gist of the article and then move on, by forcing them to open your page to find more information you ensure that they actual provide a pageview for your article while at the same time helping them engage more with their Facebook and Twitter shares which in turn will lead to more engagement from their followers.

This method not only works for celebrity hit pieces but can be effective for Politics: “Hilary Clinton Meets With GOP Leader To Discuss Super Committee” and Sports: “Tiger Woods Finally Sets Record Straight About Former Caddie” and others. As you will notice the titles just provided all offer lead-in titles that also avoid double nouns which forces a reader to continue onto your article in order to complete the association they are already looking for between people, people and places and even place and other places.

As Google’s Matt Cutts points out:

On a meta-level, I think of â€œlinkbaitâ€ as something interesting enough to catch people’s attention, and that doesn’t have to be a bad thing. There are a lot of ways to do that, including putting in sweat-of-the-brow work to generate data or insights, or it can be as simple as being creative. You can also say something controversial to generate discussion (this last one gets tired if you overuse it, though). Sometimes even a little bit of work can generate a reason for people to link to you.”

His point resonates true, if you don’t want to alienate your readers you can’t relay on controversial titles at every turn of the page, in fact even some of today’s most controversial writers from the rights Brietbart and O’Reilly to the lefts Kevin Drum (Mother Jones) and James Fallows (The Atlantic) know to avoid overusing titles that draw controversy to their sides points. Do they use grandiose statements from time-to-time, sure they do, but they also employ leading sentences and the other methods used in this article to help them draw in readers while providing the information their title promises.

Do you have any link-baiting tricks you care to share with our readers?