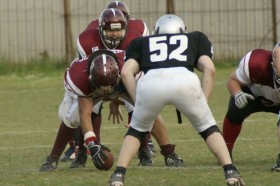 I’ll admit it. I’m not much of a sports fan. I can’t recall the last time I went to a sporting event live and the last time I watched a game of any sport all the way through on TV was about two years ago.

However, this doesn’t mean that sports don’t have a great deal to teach us about competition, cooperation and overcoming obstacles. The truth is that every match, game and event is a contest between talented competitors and the winner is determined by a variety of factors, many of which apply equally well to our every day struggles.

In that way, sports actually are a microcosm for life itself and there’s a lot we can learn from it. However, that doesn’t mean that all of the lessons are straightforward or even pleasant. After all, sports in real life are nothing like sports movies.

So what are those lessons? Here are five to consider as you work to grow or improve your blog.

There’s an old adage about there not being an “I” in team and it’s completely wrong. In many sports, if not most, one or two really good “star” players can turn a team around. Sure, the other players are important and everyone has to work together (teamwork is still a very real thing) but the difference between a mediocre american football team and a championship squad is often just a good quarterback.

Bear in mind, in some groups, you may be the star and in others you may be a regular team player. But it’s important to be honest about your role so you can do the most to help your team thrive.

On the other hand, while its true that one “star” player can turn a team around, it’s also true that talent isn’t everything in determining who is or is not a great player.

Sure, talent is important, but a mediocre player with a great leadership or presence can do more for a team than someone who is merely talented at the game. The same is true for heart and determination. After all, a mediocre player willing to work tirelessly for his team is more important than a talented one who does only the bare minimum.

However, on the other side of the coin, looks also matter as does showmanship. These are ugly truths but they are clear when you look at the history of great athletes.

Blogging, as well as most things in life, is the same way. Talent is important, but it only takes you so far. At some point, you have to go beyond your gifts to do something great.

3. Points are What Count

Baseball, for example, doesn’t care how many doubles or triples you hit. Until you cross the plate, you haven’t put any points on the board and you are no closer to victory.

Life and blogging is very much the same way. You have objectives and goals and, if you don’t meet those goals, then you need to figure out how to adjust to meet them next time. It doesn’t matter how good your posts are or how solid your SEO seems, if you aren’t converting, gaining subscribers or seeing the traffic you want, you need to adjust and try again.

Doing well doesn’t mean anything if you aren’t putting points on the board. Period.

4. The Officiating is Never Fair

Every sport has to have rules and those rules must always be enforced. However, machines aren’t capable (yet) of enforcing the rules by themselves so humans are the ones that have to do the dirty work and that’s why we have referees, officials, umpires, etc.

Sadly, humans aren’t perfect and, as such, the officiating will never be either. To make matters worse, one bad call can change an entire game.

This is true with anything else in life and, with blogging, the rules are enforced by Google and by your host. Unfortunately, both of them are fallible and can penalize you unfairly.

The best way to deal with bad officiating is to play the game so well that one or two bad calls won’t hurt you. The other is to make it crystal clear that you are playing by the rules to minimize bad calls and learn how to talk with the officials to get the outcome you want and deserve.

Because, one area blogging does differ from sports is that, with blogging, sometimes you can argue with the referee and win.

5. You Truly Can’t Win Them All

Finally, though it’s an old cliche and cold comfort for the losers, it is also true: You can’t win them all.

As a blogger, you’re going to have bad days. There will be good ideas that go bad, articles that fall flat and site changes that create an angry mob at your door. It happens.

The best thing you can do in these situations is pick up and try again tomorrow. Not every swing will be a homerun and not every day will be a victory. The key is to not dwell on it and, instead, learn from it.

If you can improve in the face of defeat you weren’t really beaten at all.

Sports, when looked at the right way, are a great microcosm for life and just about anything you do in it. Conflict is conflict and just because a battle plays out over points and on a field doesn’t make it less educational that one that plays out in our own lives.

Though I’m not saying you should become a sports fan or that you need to be in order to glean its lessons, by looking at other’s struggles, wherever they may be, you can learn a great deal about what separated champions from those who merely showed up.

That, in turn, is an important lesson that can greatly help you with everything you do, including blogging.