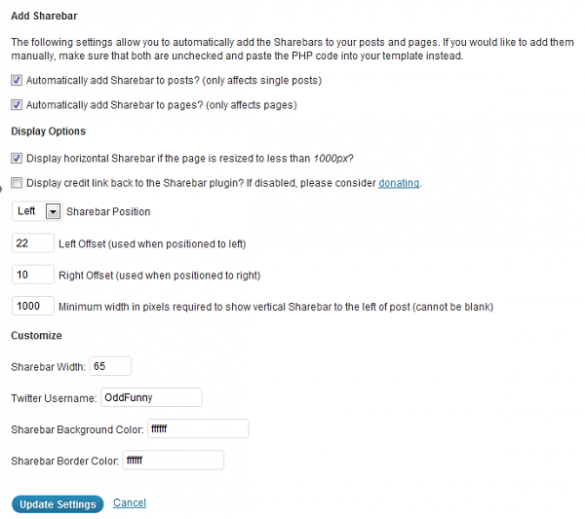 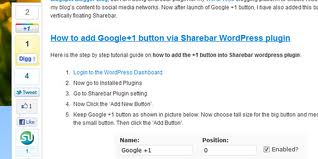 When placing social sharing buttons from various social networks on your website one of the biggest dangers is misplacement of those buttons. Some web designers argue that buttons at the top of each post will provide the most shares while other experts insist that directly after a posts content is best.

When I’m building websites I prefer to not leave the placement of social buttons to chance and I don’t like to place buttons in multiple positions because it can adversely affect pageload times. For that prefer to use the Sharebar plugin for WordPress which can be found at: wordpress.org/extend/plugins/sharebar.

The plugin is extremely easy to install, simply search for “Sharebar” from the plugins screen in your WordPress administrator screen and the program will show up under the “settings” at which point you will see the following screen: 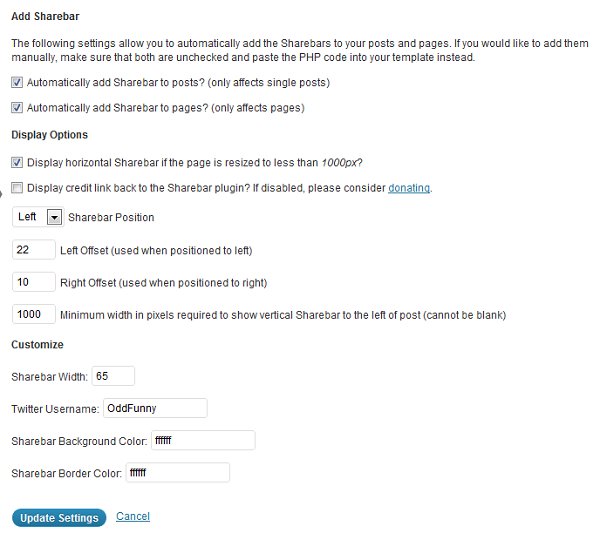 As you’ll notice the setup screen allows for automatic displaying of the Sharebar based on “Posts” and “Pages” and it also provides the ability to choose when the bar shows up, for example you can have the bar only show up when the screen display of the user is a certain resolution size such as 1000px or higher. Users with different sized templates can also choose to left or right offset Sharebar so it doesn’t interfer with the templates content area.  Also notice that you can have the sharebar display as horizontal buttons if the minimum display size isn’t available. The buttons in the horizontal display are the small sharing buttons shown in your settings area.

One of my favorite parts of Sharebar is the ability to change the programs background and border colors using simple HTML HEX codes, this means a users with a black background can blend the sharebar just as easily as a user with a white background.

Once you’ve setup the actual Sharebar display you can then choose which social buttons (Twitter, Google+, Facebook, LinkedIn, etc) you want to display. You can also choose which order those buttons will be shown. For example you can place the Facebook Like button first then the Twitter button and so on. 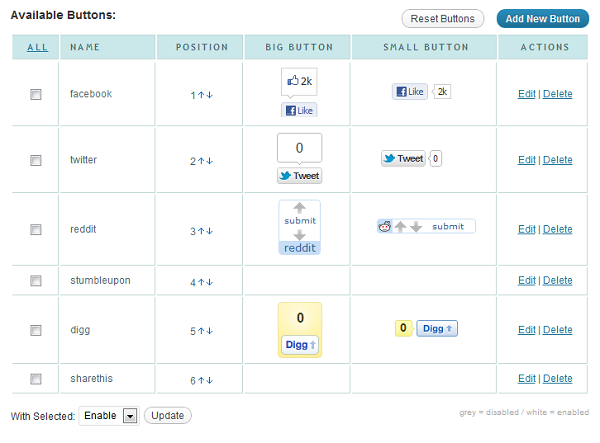 As you’ll notice the ability to place buttons is as simple as pushing the up and down arrows to create a placement order. You can also “Edit” buttons to change the “large” and “small” button outputs by placing new code in each area.

One of my favorite parts of the WordPress Sharebar plugin is the ability to add new social sharing buttons by simply naming those buttons and adding in the code for small and large buttons. Here’s a quick look at the easy to use button sharing setup. 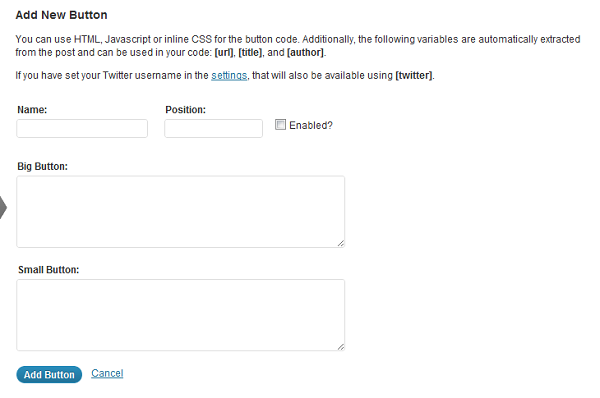 As you’ll notice once the buttons are added you can then click “enable” to auto add the button to your Sharebar plugin.

Once you’ve installed all of your required buttons and created the settings placement for your sharebar the display will look similar to the Sharebar page shown below: 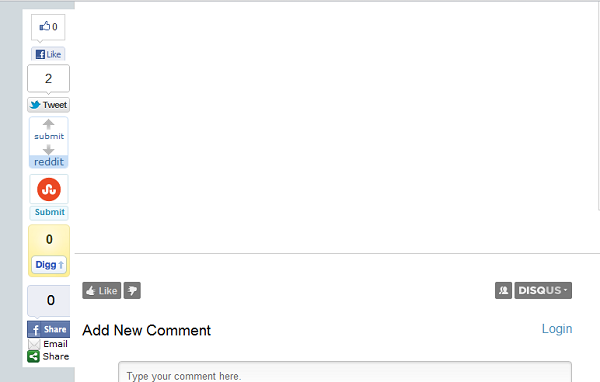 Now scroll down your page and watch as the social sharing bar following your screen as you scroll.

Give Sharebar for WordPress a try today and let me know what you think.