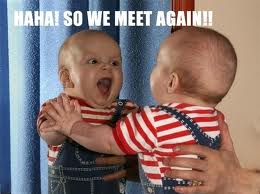 Whether you’re a new blogger or someone who has been at it for twenty years, it probably didn’t take long to come across someone who is just plain rude. They feel they need to attack your article for whatever reason, and they do it in a condescending way. I will never quite understand the need to be cruel when discussing an article, but it happens, and as a blogger it’s your job to deal with it.

What makes a fellow blogger an enemy is what you do in response to their snarky comment (as unfair as that may seem). From my experiences, I believe there are three reasons why someone might tempt you to make an enemy:

Regardless the reason for a rude comment, you are on the brink of creating an enemy through your blogging. It is up to you whether or not you want to continue. There are two ways you can react to such comments:

So is it worth it to create an enemy through blogging? As I’m sure you’ve guessed by now, I think it’s important that you split the difference between the two approaches. You don’t want to be a push over, but you don’t want to be rude right back. Just because someone started it doesn’t mean you have to stoop to his/her level (guess those lessons moms teach really can be applied to blogging). If you do this, then the ball is in your “opponents” court. If they want to be enemies, it’s on them.

Have you ever experienced a rude comment attacking one of your blog posts? What did you do in response?

Amanda DiSilvestro is a writer on topics ranging from social media to GPS fleet tracking software. She writes for an online resource that gives advice on topics including payroll processing to small businesses and entrepreneurs for Resource Nation.

Amanda DiSilvestro gives small business and entrepreneurs SEO advice ranging from keyword density to recovering from Panda and Penguin updates. She writes for the nationally recognized SEO Company HigherVisibility.com that offers online marketing services to a wide range of companies across the country.