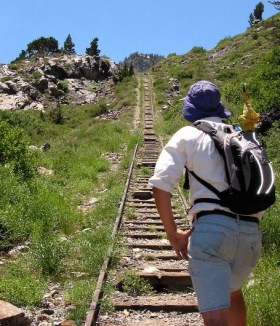 From choosing a domain, to building a theme and consistently writing great content, there is nothing about blogging that is simple. That is, if you want to do it well.

Sure, parts of it are more enjoyable than others, though which is usually a matter of opinion. The fact remains that none of it is easy and nearly all of it can and will wear you down.

But the hardest part of blogging isn’t anything technical. Anyone can build a site and anyone can write content for it. For some the challenge is greater than others, but it’s never the most difficult thing you’ll do with running a blog.

The hardest part about blogging, and the reason most people quit, is the simple fact that posting online, at times, can be the loneliest place in the world and it can take all of your hard work and make it disappear faster than you can hit “Publish”.

The Silence is Deafening

Many people assume that the hardest part of building a site is the risk of putting yourself out there on the Web. On the Web, you’re naked before the world and your work can be judged by anyone. Considering how cruel we all know the Web can be, this is a tremendous risk.

But criticism and cruelty aren’t the hardest part of blogging, at least not for most bloggers. There are only two types of critics out there, constructive ones that can help you grow and non-constructive ones that are just people below you trying to pull you down. If one can listen to the former and ignore the latter, pretty much anyone build a thick skin and move past the trolls and hatred.

But what happens when, instead of shouting at you or calling you names, the Web responds with silence? It can be incredibly difficult to spend the time to build a website, grow a social media presence, write the perfect post, launch it at the right moment and promote it as fully as you can just to have no one notice.

It can make the time you spent on your site feel like a waste and, even if it was fun, like there was any number of better things you should have been doing instead.

The truth is though that every blogger has misses, including posts they threw everything behind. Just like every artist has a potential masterpiece that turns out to be a dud or a musician an opus that goes nowhere, even the best blogger, from time to time, will swing for the fences and miss.

As such, even the most successful blogger has to battle these moments. No matter how big their audience is.

However, while it might seem like things should balance out with your successes, that isn’t always the case. In fact, for many it rarely is.

The opposite of working hard to discover that the audience isn’t there is posting something you didn’t work hard on and finding that the whole Web seems to come to your door.

In my blogging, there have been several times that I’ve woken up, realized I had nothing to write about and pulled a post from my story idea archive that I could get through quickly. Usually, I expect it to be interesting for my core readers, but not something for a larger audience.

However, after posting it, I come back a few hours later I find a flurry of tweets, Facebook likes and a flood of traffic at my door. The post, to at least some degree, has gone viral.

For a blogger, this might seem to be a great act of karmic balance for the times they broke their back for nothing but it often doesn’t feel that way. In fact, it often feels more like dumb luck than skill and can create other concerns, such as whether you adequately understand your audience, that can hinder the joy of a newly-found audience.

In short, sometimes hitting an accidental home run is just as difficult as striking out. However, if you blog long enough, both are going to happen.

The truth is that every blogger is going to have bad days, weeks and even months. It’s inevitable. The secret to getting past it isn’t just getting up and trying again tomorrow, but keeping up your enthusiasm and putting just as much energy into it again and again even if it feels like you’re punching a brick wall.

This is why it’s important to have a blog that you’re passionate about or that fulfills some other need in your life. If your work is all about your audience, your money or your fame, the bad days are going to kill your drive. How can you pick up and move on effectively if your reason for writing isn’t there?

If you have a personal reason for blogging, the bad days will still hurt, but they are quickly forgotten. Online, you can’t wait for time to heal your wounds, you have to be able to work hard in spite of dealing with disappointment and doubt.

If you’re not emotionally invested, it will show and all of the technical, social media and writing prowess in the world will not make any difference.

In the end, the easiest way to summarize the hardest part of blogging is this: It’s almost impossible to predict what the Internet wants.

People on the Web don’t care about how much time or energy you put into something, just how useful, appealing or entertaining it is. If that appeal is accidental, so be it.

Millions of dollars have been sunk into trying to find why some videos go viral and, so far, no one has cracked the formula completely. The same is true for blog posts as well.

You can learn your audience, do the best job you can and improve your odds greatly, but it’s always going to be a roll of the dice after you hit “Publish”.

However, when you’re gambling with works you’ve invested a lot of time and heart into, it can be crushing to come up short for seemingly no reason. This is why you need to have something more valuable and more important driving your blogging.

Without it, blogging can get very lonely and very cold. If you don’t have some fire burning within, you’ll freeze your site and your audience, it’s all just a matter of time.