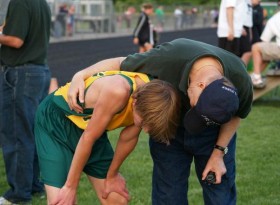 When I first started blogging way back in 2005, I had a lot of great people giving me wonderful advice. There are many people to whom I am deeply indebted for their guidance, help and criticism. Without them, I doubt I’d have been able to do a quarter of the things that I have.

However, there were also a few people who gave me what would turn out to be terrible advice. Advice that, if I had listened to it, might have prevented me from as much as getting started, much less, make blogging a major part of my career.

So what were those nearly-disastrous pieces of advice? Well, there’s too many to count but a few have stood out over the years for just how wrong they turned out to be.

Best of all, they’re also pieces of advice just about any other blogger should work to avoid, especially if they know the truth.

When I first started my main site, Plagiarism Today, many people told me that no one would be interested in the subject matter. The idea of doing a blog that focused on content misuse issues that smaller content creators face seemed peculiar to many.

Many said that the issue just wasn’t big enough or that there wouldn’t be any one interested. However, by that point, I had already dealt with hundreds of plagiarists of my writing (mostly poems and short stories at that time) and knew well just how widespread the issue was. Also, in talking with other authors online, I knew many who had faced the same thing.

However, it’s important to remember that, just because there isn’t widespread interest in your topic doesn’t mean you can’t build a large audience. With millions of people reading blogs, you only need a small percentage of them to be interested in your topic to build a powerful audience.

In short, if you know an idea has interest and, after honest evaluation, think that it’s an under-served market, don’t let a few naysayers discourage you.

2. No One No One Reads Long Posts

Many sites on the Web will advice you to keep your blog posts under 500, 800 or 1,000 words. The idea is that people don’t like to read long posts and will shy away from text that is viewed as too time-consuming or “gray”.

While it is true that, all things being equal, a shorter post is a better one, all things are rarely equal. Many topics require a lot of words to cover in any depth and skimping on words just for the sake of brevity risks making the post useless.

Instead, it’s important that your posts not be unnecessarily long and, if they do have to be wordier, that you make an effort to break them up using images, subheads, blockquotes and other visual cues.

Though today setting up a blog on a WordPress installation is a very safe and controversy-free choice, when I started it was anything but. MovableType was still wildly popular and many other platforms were hanging around that have since gone the way of the dodo.

Several, in particular fans/users of other systems, were quick to tell me that I had made a bad choice with using WordPress, that it would never really work or that I couldn’t build anything worthwhile with it.

Fortunately, they were wrong.

The truth is that there great sites that use WordPress, Drupal, Joomla, Blogger, Tumblr, Posterous and so forth. What makes a blog great isn’t what runs its backend but how the person creating the site uses it.

What’s more important than finding the “best” platform is to find the one that’s right for you and that you know best.

A platform is just a tool and, just like no one cares what tools were used to build a house, no one will really care what you use to build your site, so long as it works.

Of all the bad advice I’ve gotten, this is probably the most legitimate. There are many people out there who believe that nearly all blogging activity should be directed at SEO. From choosing the topics to write about to how you write them.

While it is true that SEO is valuable, it is also true that the best SEO is writing good content people want to read and link to. While there are reasonable steps that you can and should take to ensure that search engines can easily and accurately index your site, many of the best ones are built in to most blogging platforms and require no effort at all.

Basically, improving your SEO is always fine, but when it becomes the sole direction for your site, it’s bound to push you into producing poor-quality content that’s written for machines, no people. This is also the type of content that Google routinely tries to punish.

Finally, when I first started I was constantly told by well-intended readers that they would enjoy my site more or come by it more if I were more like this blogger or that blogger. They liked my site, but wanted it to be more like a site they were already familiar with, only different.

The problem with that was obvious from the outset. If I patterned what I was doing too closely after someone else, even if that someone else is more popular, then readers would have no reason to visit me. It’s important, when building a blog, to make sure that you have a truly unique offering and are filling at least a small void no other site is.

This means doing something truly different and that, in turn, means taking a risk. Being different means people might not like you but it’s better to be not liked than to be not visited. After all, no one cares what the audience that isn’t there thinks.

When it comes to blogging, one of the hardest things you have to do is learn how to listen to the advice people give and know which pieces to take to heart and which to leave behind.

That will at least help you avoid taking in some of the worst pieces of advice and making stupid decisions on other’s say. It won’t protect you completely, but it’s a huge step in the right direction.