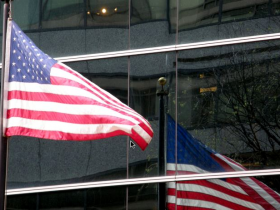 The Internet is a truly international creation, reaching every (or nearly every) country on the planet.

However, with that broad reach comes some very difficult legal questions. Each of those countries have their own set of laws that govern many of the legal issues on the Web including copyright, defamation, contract law, privacy and trademark and so forth.

These countries, historically, have had a great deal of autonomy to set those laws and enforce them as they see fit. However, online, legal problems routinely involve multiple nations. For example, a person in Australia can use a site hosted in Canada to infringe the copyright of someone in Germany.

This is a big part of why it’s important to not just be aware of your nation’s laws, but of other nations as well (within reason). Unfortunately though, it’s completely impractical for someone to learn even the basics of all the relevant legal areas on every country, much less keep up with the changes.

But there is one country that every blogger should study the laws of: The United States.

The reason isn’t a misguided sense of national pride or importance, but because of the practical realities of the Web. Whether you like it or not, your site’s activities are governed in large part by U.S. law and, even if you’re not a citizen or have never even visited the country, it’s laws can come back to bite you.

On that note, here are just four reasons why U.S. law is important to all bloggers, regardless of where they are located.

1. Your Site is Probably Hosted in the U.S.

To make matters even more complicated, many hosting companies that appear to be based in foreign countries actually use U.S.-based datacenters for all or part of their network. Since the servers are located in the U.S., its laws govern the data that’s on them.

Though you can find hosting that’s not in the U.S., it’s probably harder than you think and, if you don’t go out of your way to do it, you’ll most likely land on a U.S.-based host.

2. Your Domain is Probably a .com

Second, .com has become the default top level domain (TLD) on the Web. However, it’s a U.S.-controlled domain name and, sadly, U.S. law applies to it. This includes trademark issues with the domain itself and, in extreme cases, the possibility the domain can be seized.

You also can’t escape by switching to a .net, .org, .tv or .cc as they are U.S. too. You have to turn to a country-specific domain in order to truly escape, and those include .co.uk (United Kingdom) and .ly (Libya) to name two.

In short though, any of the TLDs above can and will subject you to U.S. law and open you up to legal threats from the country.

3. You Probably Depend on U.S. Search Traffic

Even if you secure a non-U.S. domain and a non-U.S. host, you’re probably going to get the lion’s share of your traffic from Google, which in turn is based on the U.S. and has to comply with U.S. law related to copyright, trademark, libel and more.

Google removes over 250,000 links a week from its index due to copyright complaints. Those complaints are overwhelmingly filed by U.S. copyright holders that file them under U.S. law where they are weighed U.S. standards.

In short, much of your international site could be blacklisted from Google on the grounds of U.S. law alone, cutting off the flow of your traffic.

Finally, if you use Facebook, Twitter or Google Plus to promote your sites, you’re once again dealing with sites and companies based in the U.S. Not only does this mean you’re signing contracts with U.S. companies, and likely agreeing to U.S. jurisdiction when you do, but once again your content is hosted within the U.S.

This means that your accounts can be shuttered, your content pulled down and you can even be sued based solely upon U.S. law, even if you have never set foot in the country.

While there are very popular social networks not based in the U.S., including several in China, many of the popular foreign ones also have roots in the U.S. such as Orkut, which is popular in Brazil but run by Google.

In short, don’t forget that the power of social networking often means subjecting yourself to a set of laws that may be completely foreign to you.

It’s not fair that U.S. law plays such a central role in the Web. There is a very clear imbalance between U.S. and the rest of the world in this area. While there are many explanations for it, including the U.S.-centric origins of the Web itself, the truth is that it doesn’t appear to be a trend likely to change soon.

This means that, for the foreseeable future, bloggers all over the world are going to need to at least grasp the basics of U.S. law in the relevant areas. Unfortunate, but true.

However, the Web itself challenges a lot of basic legal concepts, such as jurisdiction itself. When something is truly international and doesn’t exist in a physical space, how does a legal system built entirely upon geographic responsibility cope? What country has authority when a legal issue is everywhere in the world at once?

There aren’t clear answers to those questions and, in the long run, the Web may force us to completely rethink our legal system on a global level. In the meantime though, we have to do our best to try and apply the existing code to the current challenges we face and that, unfortunately, opens the door for some imbalances.

Until those can be resolved, the best we can do is try to cope in an imperfect world and that means educating ourselves on the laws that will affect us, wherever those laws are written.