There are a lot of blogs about films, but there aren’t a lot of films about blogging. Oh really now? Blogging is not some obscure afterhours hobby, blogging is almost like tweeting, almost like breathing, everyone knows what blogging is. At some point in time, the status quo has taken its thoughts to tumblr, blogspot and WP. 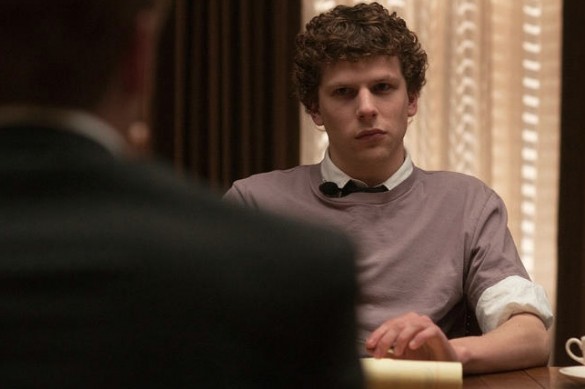 People have written down their daily musings online, with enough drama and flair to make their daily rants a viable screenplay for a movie. But truth be told, there aren’t a lot of movies about blogs or blogging, there’s only 1 mainstream movie about a blogger and it happens to be a food blogger who caught the eye of Hollywood. With blog posts so good that Meryl Streep signed up to star in it and yes, that blogging movie is Julia & Julia. All about a food blogger’s ambitious feat to cook Julia Child’s 524 recipes in 365 days with some kitchen meltdowns thrown in the batter.

So what if bloggers don’t make good cinematic fodder? At least, we’re not butchered off like some horror trope in the next Saw 3D sequel. The internet however has ubiquitiously made itself indispensible to most Hollywood plotlines. In the past decade or so, and ever since the advent of the web in the 90s, the technology and geek culture associated with the internet has made its way to the silverscreen.

Here are some films about technology and the internet: