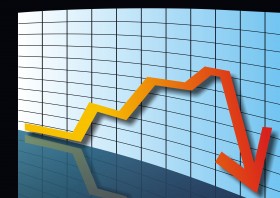 Yesterday, I pulled up the site statistics for my main site and noticed that they were through the roof.

It was as if someone had just flipped a switch and ratcheted up my site’s traffic by about 4x. That traffic spike stayed with me through the entire night and through most of the day Monday.

Strangely though, it didn’t seem to be coming from anywhere. There was no referring site, no search engine query that I was scoring well on and no obvious cause for it. Even after a fairly lengthy investigation, I had no clue where the traffic was coming from.

It was so strange, that I even considered the possibility it could be a stat reporting error or a problem with my site. Neither checked out though as my content delivery network was reporting more traffic than usual and a live look at the traffic showed an organic patten for each visit/pageview.

To make matters more confusing, as soon as it began, it ended. About 5PM local time it was if the spigot was turned off and traffic immediately fell to normal levels.

What happened? I have no idea. But the incident got me thinking about traffic spikes to my site and the impact they’ve had.

This wasn’t the first or the largest traffic spike I’ve had, even over the past month. But over the years I’ve been running my site, I’ve noticed something, that while I’m always happy people are taking an interest in my work, with most spikes, there is little, if any, long-term effect.

The Problem with Traffic Spikes

The very first large traffic spike I received happened in 2006. An article I wrote was featured on Slashdot and my site went from getting maybe 100-200 visitors per day to getting thousands per hour in a matter of seconds.

Unfortunately, I never saw any of that traffic as my host immediately shut the site down to protect others on my server. My hosting account just couldn’t handle to onslaught. The “Slashdot Effect” was very literal in my case.

Fast forward a few months and the culprit that time was Digg (the old Digg) However, this time, due to a change of hosts, I managed to stay online and absorb the impact. As I watched the traffic come flooding in I realized that most visitors, as quickly as they were coming in, were also turning around and leaving, heading back to Digg to read what was next on that site.

A few did stay to click more links and some even subscribed to the site, but for the most part, the visitors that came from that spike left just as quickly.

Indeed, that’s the biggest criticism of such traffic spikes: That they either shut down your server or, if you survive, hit you with a torrent of traffic that doesn’t stick around.

If it’s that simple, it would seem that traffic spikes are pointless and do little more than pad traffic numbers and stroke egos. But I’m not sure it’s quite that easy and I certainly don’t think that’s true for everyone.

The problem with traffic spikes isn’t that they’re good or bad, but rather, that they aren’t for everyone.

For me, traffic spikes were a bit of a problem at first because my server was unprepared and, later, because my site is very niche-oriented and doesn’t appeal to a broad audience, like the type that usually shows up at your door after something you create goes viral. Furthermore, I don’t use advertising as a business model and had relatively little means to exploit the traffic that was coming in.

Other sites are likely in a very different position and can do more to capture/retain an audience that comes in through a traffic spike and gain more benefit from it.

So before jumping in and trying to make your site’s content go viral, reach the front page of Reddit or otherwise go for the big traffic score, ask yourself the following questions:

If you can say yes to those four questions, there’s a good chance that pushing to create viral content or promoting your site in places known for creating huge traffic spikes may be worth your time, if done in moderation. However, always remember that, even if you do everything right, visitors drawn from ultra-high traffic sources are not going to be as likely to stick around as those from other sources.

Social media and search engines may not produce instant gratification, but they are likely the best ways to build a stable following.

In the end, the question isn’t whether or not traffic spikes are a good or a bad thing, if your site can withstand them they’re definitely good. It’s always nice to have a large group of people interested in your work.

The question is whether or not it’s worth the time and energy many sink into trying to make content go viral when they might be better served chasing other traffic sources. For example, a niche site is probably wasting its time trying to get on the front page of Reddit, but could do well for itself trying to interact with smaller subreddits that are more focused on the topic.

Too many people waste hours and hours of their lives trying to write content and promote it with the intent of sparking traffic spike only to get it and learn that, once the wave had passed, it left nothing lasting to show for their work.

Though I still put Reddit buttons on my site and certainly welcome any traffic spikes I get, no matter how mysterious, I spend most of my time focusing on other sources, namely writing content aimed at relevant search queries I’m not adequately addressing and introducing myself to members of my targeted audience.

That, when it’s all said and done, is how I’ve gotten nearly all of the lasting growth of my site. Writing what my core audience wants to read, making sure that they can find me and making it easy for them to tell others about me.