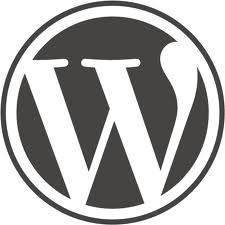 This past May, WordPress turned ten years old. It’s longevity and continued growth in the tech community is nothing short of astounding and a testament to the hard work of Automattic, WordPress’ developers and the entire WordPress community.

As a long-time WordPress user, my thanks go out to everyone who has helped make it possible and kept WordPress relevant, even as the Internet around it has changed drastically.

But the other day I began thinking about a difficult question: What will kill WordPress?

While this might seem to be a morbid question for a WordPress lover such as myself, it’s one I felt I had to ask. After all, in the mid-2000s, it seemed absolutely impossible for Myspace to be replaced but, in 2008, Facebook surpassed the former social networking juggernaut and Zuckerberg and company haven’t looked back.

It’s a simple truth that, on the Internet, the playing field is very fluid. Though old technologies don’t “die” in the strictest sense of the word, some people still use them, they certainly can fall very far, very fast.

Though WordPress has been amazingly resilient, even as competition has grown from established and new players alike, there will, eventually, be life after WordPress dominance.

So that raises the question, what will bring about WordPress’ downfall and what might replace it? Since I can’t predict the future (WordPress hasn’t added that feature yet), I’ve decided to take some guesses and run a few possible scenarios.

This one seems pretty obvious to me. WordPress itself is a fork of another blogging platform, b2. As an open source project, WordPress can literally be forked at any time and it has happened in the past, most notably with WordPress MU, which has since been integrated back into WordPress.

Basically, forking a project is when someone takes the open source code from one project and then starts a new project up with it, such as what Google did with Blink! (forking from Webkit). Forks typically start out virtually identically to their source but, as development continues and the new developers take the project a different direction, it can wind up radically different.

WordPress itself is an example of a successful fork (though development in b2 had stopped before WordPress was created) and it is possible, especially considering the slow pace of development right now, that another successful fork could be created, pushing the WordPress we know and love aside, but always making it a proud forefather to what slowly replaces it.

Though WordPress has done relatively well as a hosted platform through WordPress.com, it’s also fair to say that it isn’t the strongest or largest competitor in that field. Blogger is more established, Tumblr has more mindshare social media has far more users and is fine for most people.

The Internet has been slowly changing and the lines between a self-hosted site and a platform are blurring. You can use your own domains with Tumblr and customize themes heavily there. Also, Sett, a new blogging platform, aims to create a WordPress-like blogging experience but with improved social features.

If a paradigm shift is to be what kills WordPress, then it’s likely that the process is underway. Even with the recent acquisition of Tumblr by Yahoo!, between it, Twitter, Facebook and other tools much of the “home turf” of WordPress has been undermined.

However, if this is what “kills” it then WordPress won’t truly wind up being dead. After all, I can’t see all of the major corporations that use WordPress jumping onto Tumblr or Sett. There will always be those who don’t want to surrender control, giving WordPress a target audience, even if it winds up shrinking.

Before WordPress, MovableType was the dominant content management platform on the Web. Over time though, WordPress eventually eroded and then overtook MovableType. The reasons were many but it was a combination of better licensing, easier installation and a better atmosphere for developers.

Still, this means that another platform could come along and do the same to WordPress. However, such a platform would have to do several things:

This one seems unlikely to me right now, but, given the way that Google Chrome came along to challenge Firefox, we’ve already seen how a seemingly entrenched open source application can be seriously challenged in a very short period of time.

Though this scenario seems insane, especially considering how many companies depend on WordPress for either all or some of their income, popular projects have lost traction before and there has already been some slowdown with WordPress. The last non-security update, version 3.5, was released over half a year ago.

While a lack of major releases isn’t a sign of stagnation, in fact it’s understandable given WordPress’ position, it does open the door for newer, more exciting projects to attract developer attention and and cause more serious slowdowns in development.

Still, if this is what does WordPress in, it’s a long, long way off. The WordPress development community is still very active, even if it’s been a while since the last big release.

Remember Digg? For a long time it was the king of social news sites and seemed invincible. That is, until it launched a new version that was almost universally reviled. The resulting backlash led to an exodus of users, many of whom landed at Reddit, and it was recently sold and relaunched for less than a quarter of a penny on the dollar ($500,000 paid when Digg had previously been valued at over $200 million).

For Digg, it happened seemingly in the blink of an eye. Though the company had faced some struggles, it was the undisputed king of social news until one bad version drove everyone away.

The same could, theoretically, happen for WordPress. Though this is less likely due to the open source nature of WordPress, meaning anyone can just pick up and run with the old version (creating a fork and the first scenario), it can happen. It might not even be an unpopular version that does it.

For example, if a fundamental flaw were discovered in WordPress that drives webmasters away or even some controversy erupted around the core developers, it could result in a sudden exodus to other platforms.

Regardless though, users flee services all the time and other companies and products are too happy to wait on them when they walk away. A sudden exodus doesn’t seem likely for WordPress, but it didn’t for Digg either.

Is WordPress in any danger? Of course not. After ten years WordPress is stronger than ever and continuing to grow. That’s already a long life in the tech world but it doesn’t seem ready to slow down. It’s entrenched into so many sites and so many people’s lives that it seems secure for now.

But, as we’ve seen before, things can change quickly. Though WordPress has avoided then pitfalls other companies and products have fallen into, tomorrow is always a new challenge.

Here’s to hoping that none of these scenarios, or any other “death” scenario comes to pass and we get ten more great years out of the humble blogging platform that became something much larger.