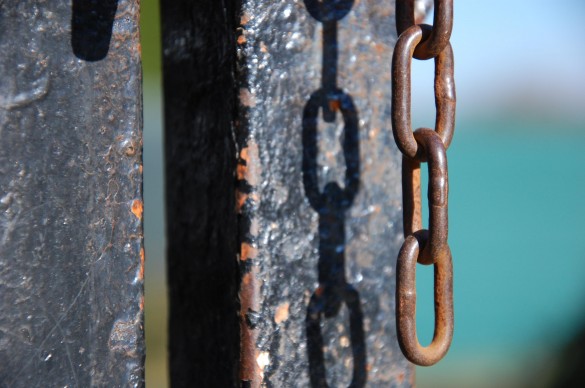 Over the past year or so, Google has been clamping down on what it considers bad links and bad linking practices. This includes a wide variety of link building activities that Google considers unnatural. This includes some forms of article marketing, comment spamming, etc.

This has led to a large number of webmasters, including many who didn’t feel they were doing anything wrong, to take severe penalties in Google that hurt their traffic and their bottom line. Many webmasters first learn about these penalties from Google Webmaster Tools and its alerts, while others simply see a drop in traffic and go hunting for an explanation.

But regardless of how it is discovered, once a webmaster learns that they’ve been hit, there’s usually a sense of panic and a rather large mess to clean up. Most of the sites bit by Google penalties have hundreds, if not thousands of questionable links. Removing them to get back into Google’s good graces can be a daunting challenge.

However, it’s not just a challenge and a problem for the people who have their site hit by the penalties, it’s also a problem for the sites where those links appear. Those include many legitimate sites who either were the victims of comment spam or hosted guest posts unaware that the author was engaging in dubious behavior.

Many of those webmasters, myself included, have been getting an increasingly large number of link removal requests and are wondering what to do about them.

Unfortunately, the answer isn’t 100% clear and it depends heavily on you, your site and the situation that you’re in.

The Rise of the Link Removal Request

Though webmasters have always written to each other occasionally to get bad links removed, it’s only been with the recent clampdowns by Google that the link removal request has become a routine notice that one might get.

To expedite this, many use link removal request tools and services to help shoot out as many emails as possible in hopes of removing a larger number of suspect links.

But unlike trademark, libel, or copyright cease and desist letters, there’s no law that’s alleged to be broken and no to compel a webmaster to remove a link. If the content isn’t infringing, which is a big if in some situations, the webmasters has no reason to remove a comment spam that got through the cracks of a legally-used article. All that one can do is ask nicely and hope that others comply.

If they don’t, there isn’t much that a webmaster can do to compel them. This is why some sites that have a large number of questionable links have taken to demanding money for removal and have tried to turn this into something of a bizarre business.

For other webmasters on the receiving end of such requests, they’re left with a debate: Do they spend the effort to comply with the requests or do they ignore them? There are definitely arguments to be made on both sides of the coin.

The Case Against Compliance

The case against compliance is fairly straightforward: It’s not your responsibility.

Removing links, whether they are comments, posts or something else, takes time, energy and effort. It’s something that can be quite a headache if you get a large volume of such requests. It can also leave a large number of holes in your site, including broken links and removed content.

Odds are, if you’re receiving one of these requests, you didn’t do anything wrong. In fact, you were likely the victim of some form of spam. There’s no legal requirement that you remove the content and, certainly, you have the right to say no.

This can be a tempting option, let the person who spammed you stew and deal with their own problems. Why should you care if a spammer suffers because they posted questionable links to your site.

Unfortunately, it may not be that simple.

The Case In Favor of Compliance

On the other hand, complying with link removal requests does have some rewards, or rather, non-compliance does carry some risks.

For one, any links that are bad enough to warrant sending a removal request probably aren’t helping your site either. They may not be hurting, but it’s safe to say that the content attached to those links will not help you with Google.

For another, you can’t be 100% certain how the links got there. Though rare, there are cases of companies spamming out competitor’s links in hoping of sinking their ranking. There are also cases where infringing material is passed around as free articles and can be picked up that way. Unless you can verify who posted the content, you can’t be certain the person who is hurt by it is also responsible.

Finally, links that aren’t removed often become the subject of Google Disavow Requests, where the webmaster tells Google to ignore these links and stop associating them with his or her site. It’s unclear what impact this will have on your site, but having a large number of sites disavow your links can not help.

(Note: Despite the addition of the Disavow Tool, Google recommends trying to remove links first, meaning it’s unlikely removal requests are going to stop or slow down anytime soon.)

This says nothing about other potential problems, such as websites filing false copyright takedown notices against your site or complaining to your host that you are a spammer. These problems are rare and legally dubious at best, but they do happen from time to time, especially as some webmasters get truly desperate to get the links removed.

In short, not complying with removal requests can have consequences for your site.

So what should you do if you receive a link removal request? If it’s practical to remove the link, it’s probably best to do so.

The problem really begins to arise if you find yourself dealing with a large number of these requests. Fortunately, most bloggers that have done a reasonable job stopping comment spam and don’t fill their sites with free articles won’t reach that point.

Still, it’s important to expect that link removal requests are likely to start coming in, if they aren’t already, and to have a plan of action in place. This is especially true if you have an established site or a site that routinely accepts outside submissions.

How you handle them is truly up to you, though it is important to remember that leaving bad links in your site can hurt you. As frustrating as the situation is, especially when you did nothing wrong, it may be in your best interest to comply.

After all, it’s better to waste a small amount of your time now than have to deal with a bigger headache later.