Editor’s note:  This post was written by Zack Rutherford, a freelance copywriter. He contributes web content and especially snappy articles to TemplateMonster. Combat sports enthusiast and poetic soul, Zack endeavors to create beauty through syntax, sentence structure, and the liberal use of hyperbole. Follow him on Twitter (@zack_rutherford) or visit his website (Zackrex.com) to read all of his innermost thoughts and unfounded opinions.

Seriously, where did my face go? Googling my name used to turn up such gratifying, ego-boosting results. Now I get words and more space for ads I’ll never click. Darn you, Google! Why must you be so useful and frustrating at the same time? 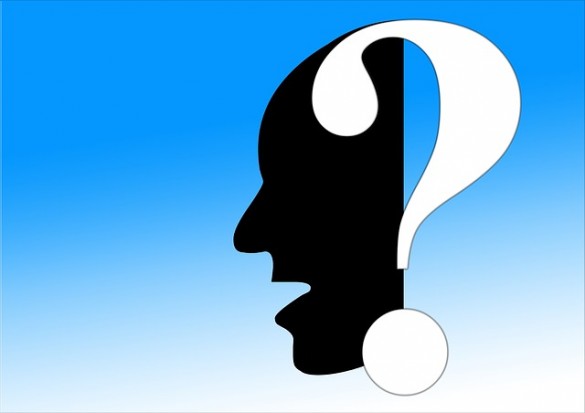 So in case you’re not sure what I’m talking about, Google had been pimping its Authorship markup for months. “It will build credibility,” they said. “It provides a personal connection with your audience,” and I loved this one: “It’s important for your search rankings.” Well, I did my part, I signed up for Google+ and put my beautiful bearded mug up for all to see, and what do I get? Annoying questions on my YouTube account, and another social network I don’t feel like keeping up with.

Cue the under the breath cursing and a whole lotta grumbles.

Still, there are plenty of folks out and about that don’t have much of a mind as to why this is a big deal in the first place. As usual, I’m here in all my Arthurian, authorial glory (the once and future blogger) to try and make some sense out of the storm. Prepare your eyes, my cutie pies, and read on for some good ole fashioned education.

The Importance of Authorship

First off, you need to know that people are freaking out about this change. Next you need to know why. Luckily the initial announcements provided us with plenty of illustrative perspectives:

Exhibit A: The Emotional Responses.

It’s notable that not everyone considered this a bad move:

Exhibit B: The Rational Explanations. 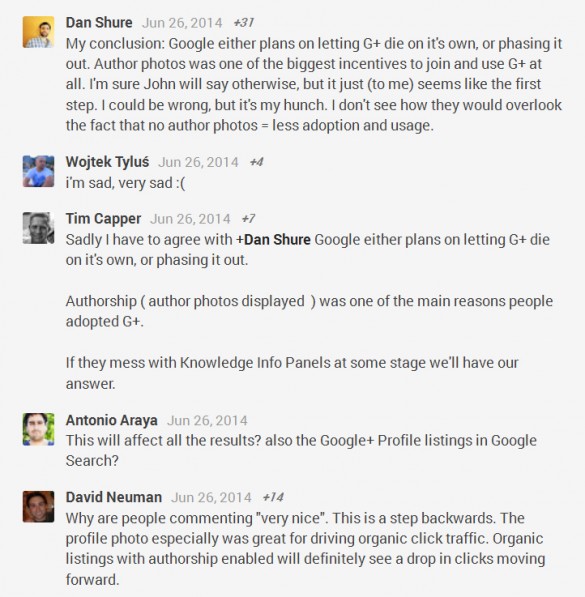 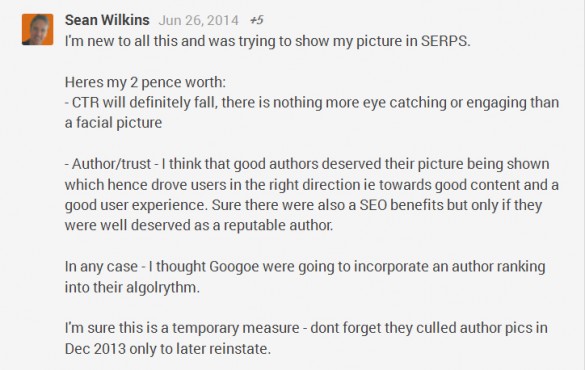 As you can tell there was a lot of public outcry, debate, confusion, and nigh-apocalyptic levels of casual discussion!

There were agreements, disagreements, and immediate speculations as to the hidden meaning behind the almighty Google’s actions. Google works in mysterious ways, however, and though they seem to be transparent on the surface, there are often deeper levels of opacity behind their superficially translucent outer veneer. At least that’s what the tin foil hat crowd like to claim, and let’s face it, those folks can be a lot of fun at parties.

So what was the initial announcement like that got everyone so riled up? Let’s take a look at the words and see if we can’t decipher some meaning, or interpret an illuminati-esque hidden agenda.

Above you see John Mueller, Google’s Webmaster Trends Analyst, made the initial announcement that the Authorship markup would be undergoing some major changes. Top among them, the author’s photo and Google+ circle count would be omitted in search results going forward. The reason why? For a cleaner, less cluttered, and mobile friendly design.

This is certainly a plausible enough explanation. It seems as if every major change we’ve witnessed on big web services lately are all connected to RWD and/or flat design in some fashion. These two trends are becoming the go-to scapegoat reasoning for any relaunch, revamp, and/or website renovation that garner’s the most miniscule of media coverage. I don’t have a hard time swallowing this part of the company line at all.

Still, my inner poet, wants to explicate a little more meaning out of this text. Thus I dig deeper.

Making search results more mobile friendly, I get. The real estate is limited and you have to make the most of it. Simple and true.

Where I have trouble with the facelift, is in the aesthetic explanation. Why, pray tell, is Google overly concerned with the minimalist/flat look? Sure, it’s got appeal, and it’s certainly the hot look right now, but just because it’s trendy doesn’t mean it’s always going to work better. Then again, Google’s always had an affinity for minimalism, so perhaps I’m off base.

But then why add the faces in the first place? They should have known that photographic reality wasn’t the best choice if they preferred minimalist elements like white space and typographical focus. The original idea concerning the content creator’s headshot was to ground their cyber-prose into physical reality by establishing a corporeal connection to a real author.

Flat design, at its heart, is the antithesis to skeuomorphic (art imitating life) design. They’re Yin and Yang. Flat is designed to take the physical reality out of user interfaces.

Did the mesh of real life and digital destinations really end up like oil and water? I always thought the author photos looked great. It was an interesting graphic element that broke up the textual tedium of search results. But according to Mueller, removing the photos made the page look “less cluttered” and they’re goal was to “clean up the visual design” of their search results. Is that the kind of thought process that Google really bases big decisions on? A design preference determined the actions of a tech giant?

Is there something more here that we’re not seeing? Could there be a man behind the curtain with an alternate agenda? 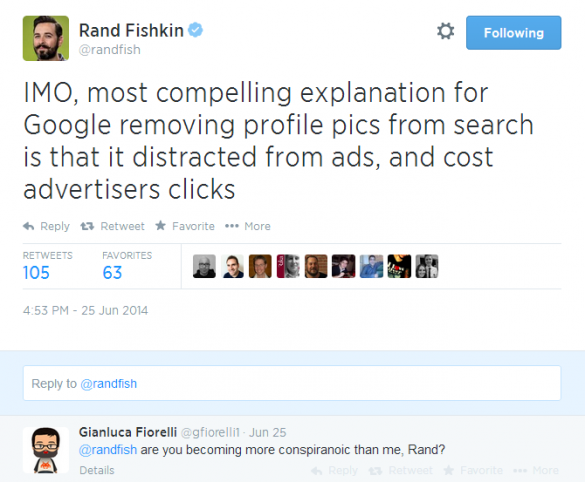 Alright folks get your tin foil hats ready. This is the section in which I enumerate in great detail the many theories about how Google is actually trying to fool you into thinking this was an innocuous design decision, and not a harbinger of massive change, an appeasement tactic to placate profit-hungry shareholders, or some other secretly seedy scheme.

Above, you can see notable SEO guru, Rand Fishkin, voiced his dissent. Graphic on-page elements (author photos) have a tendency to distract from the paid advertisements. This is by far the most popular theory as to why the author photos were removed.

Of course, 105 Retweets do not a compelling case make, even if they did originate from respected authorities in the field. Fortunately for their cause, there are gratuitous amounts of data supporting their claim. Larry Kim, a blogger for WordStream, recently wrote an article which explained that the CTR for a paid advertisement produced by his company increased by more than 44% after the author photos were removed. Results like these further corroborated the supposition that authorship photos were important, from eye tracking studies conducted in times past.

Pictured here, with courtesy of Searchenginejournal.com, is a heat map of some search results featuring the Author photos: 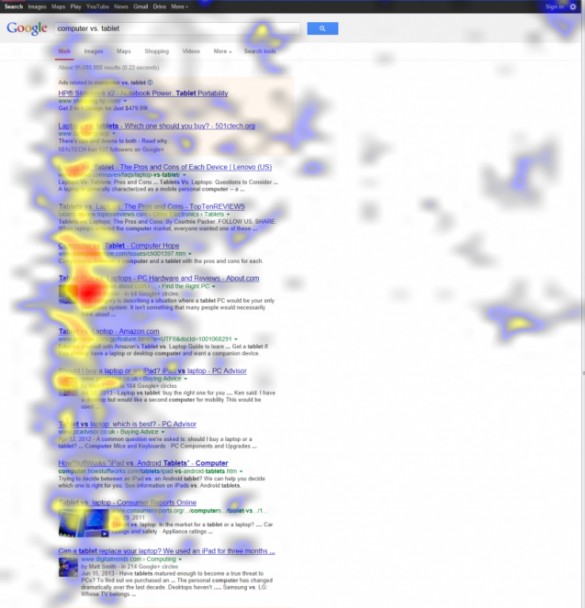 As you can see, the hottest part of the page is not the paid advertisements as one would normally expect since they’re at the top of the page, but instead the author photo near the bottom of the pic is the hottest part of the page. These sorts of quantifiable results, statistics, and data bytes held sway in the talking points of SEO aficionados who supposed the real reason Google changed up its look was to increase ad revenue.

Still this wasn’t the only undercurrent in the realm of conspiracy. Many believed that Authorship markup removal would be the first step in eliminating Google+, as shown in our “Speculation” subheading. The evidence there, however, isn’t as compelling. Joel Klettke seems to think that the abandonment of Authorship markup is designed to stem the tide of authoritative voices within a given space.

This is an interesting theory, as it indicates Google wants to limit the platform for everymen with vocal opinions, preferring to promote industry authorities instead. This would be a marked departure from their radically democratic approach to promoting content by popularity. Though not necessarily an unhealthy departure, because it would seem to favor accurate data—or at least that which is generally accepted to be accurate.

These are but a few of the various discussions that have boiled over in the wake of Google’s Authorship announcement, but they’re more than enough to make you think. So wherein lies the truth? Is Google being aboveboard here, or do the accusers have it right?

It’s probably a little of column A and a little in column B. Mueller said that CTR wouldn’t fall, and we’ve just cited studies that show that’s not the least bit truthful. CTR for paid ads has already increased, and a company that prides itself on providing access to the totality of human experience isn’t likely to have overlooked that as an outcome. And Google+ isn’t as popular as Google would have hoped, and I personally wouldn’t be sad to see it go. I think the chem-trail promoters are probably on to something.

On the other hand, mobile is indeed growing more important every day, and the omission of headshots does fit Google’s MO as far as design is concerned. I think the fact that Mueller’s announcement didn’t support what we know about CTR was more a bit of crowd control than an exercise in dishonesty. Google’s got an image to maintain, and being beholden to the almighty dollar doesn’t portray them as the user friendly bunch of techno-hippies that they want to be seen as. Not to mention you’d have a bunch of author’s getting all butt hurt about not having their gorgeous faces adorning search results.

By leaving out these details, Google mitigated the squalling to a dull roar. Meanwhile, Authorship is still around, it’s just not such an exercise in vanity, and the photos did serve the purpose of getting people to adopt Google+. Now that their gone, you won’t see people abandoning that ship in droves. It’s too much trouble, and the connection between online authorship and real world authority still exists, it’s just not represented in HD next to your name anymore.

Overall, this is a big change that means big things, but life will go on, and everyone will be talking about Google’s next big move in a month or two. I think this was a P.R. stunt gone as well as can be expected, and an opportunity for the inquisitive to play sleuth and feel clever. I’m patting myself on the back as we speak.

Then again, I’ve been wrong before. What do you think? Has Google left authors out to dry in favor of fat cat advertisers? Is it all a secret plot to get Obama’s birth certificate out to the public? Let’s hear your thoughts in the comment section.