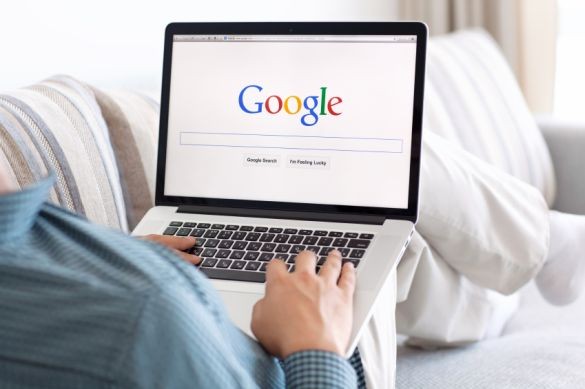 Google has been the top search engine for years now. The changes that Google made with their algorithm throughout the years provided better and more relevant search results for users.

More than that, it has provided small businesses, startups, and entrepreneurs a platform to compete against corporations by way of search engine optimization.

With an optimized website, a business can rank at the top page of search results, amassing thousands – if not millions – of traffic on a regular basis. They can turn the traffic into leads and customers, which will help sustain their business in the long run.

But with the many online businesses who has found success through Google, there are those whose business has for the very same reason.

Josh Bachynski launched an IndieGogo campaign that plans to create a documentary of businesses who have been decimated by Google’s business practices. Below is a teaser to the video.

The title of the documentary is “Don’t Be Evil,” which is also Google’s company slogan (at least for now).

The campaign is still ongoing. If you want to contribute to the documentary in some capacity, click here to visit the campaign page.

But back to the question: Is Google evil?

Referring to the documentary, Google is deemed evil due to the algorithm changes that pushed online businesses down the SERPs. It can also refer to the competitive nature of SEO, where some would go as far as to destroy their competitors by way of negative SEO.

A strong argument can be made against these businesses – their dependency to Google and SEO cost them, plain and simple. Instead of expanding their avenues of getting leads and customers to their businesses, they put all their eggs into one basket.

Granted, SEO is relatively cheaper than TV adverts or print materials. Businesses are looking to cut back on spending and make the most out of resources.

But if they really want to succeed, businesses need to branch out soon enough to explore more avenues of growth instead of using the same old strategy.

Social media, content marketing, and marketing automation tools are proving to be viable avenues to strengthen their business processes and generate more sales in the long run.

What the documentary has yet to touch upon – and the biggest reason why people believe Google is indeed evil – is its ability to harvest user information to their benefit.

Google has become Big Brother. Once you’re logged in Google, all your online activity is observed, monitored, and recorded by the search engine giant.

They will use the information to feed you ads in line with your interests or the latest site you visited.

Google has reiterated that the reason for tracking your internet activity is to provide you seamless online user experience. But there’s also cause to believe otherwise.

In fact, Google has formed a partnership with the National Security Agency. Who knows what information Google is sharing about you to the NSA.

As users or business owners, there are two things that you can do:

Resist the use of Google products

Abandon your Google account and switch to alternatives. Instead of Google Drive, use Dropbox. Instead of GMail, choose from these email services.

Bing and Yahoo are two of the closest competitors of Google so you would want to build your ranking on those sites.

Search the internet using Wolfram Alpha, DuckDuckGo, or other competent search engines that do not track its users.

Better yet, contribute to the IndieGogo campaign above.

If you think Google is as evil as people say they are, then doing these things will send a message to the search engine.

Cooperate with Google. Abide by its algorithm changes and diversify your marketing strategy. Use other tactics aside from SEO to draw website traffic.

Nowadays, user-generated content plays a crucial role in the success of a website or brand. Even if you’re not ranking on top of search results for your target keywords, businesses can still leverage Google to generate reviews to build a better reputation and indirectly get more traffic.

Ultimately, the choice is up to you. As the campaign video tells us, only we can change Google’s business practices.

But the bigger question remains: which side are you on?

Blogging Pitfalls: How to Avoid Being Dropped By Google