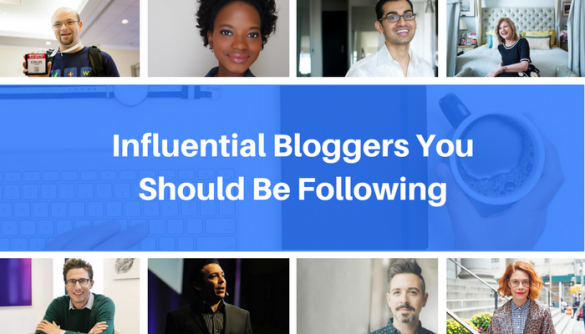 Sometimes it feels as if the internet is overflowing with information, with blogs about every industry, niche, and interest imaginable. Still, there are plenty of bloggers who have found success in simply pursuing what interests them.

In this list, we’ll discuss 20 of the most influential and interesting online publishers working today. Let’s get started! 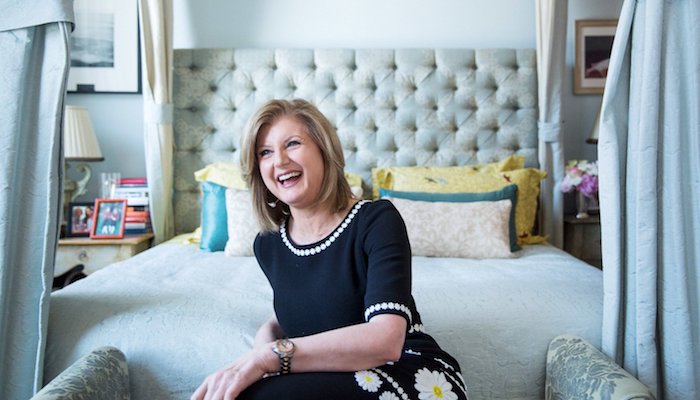 Arianna Huffington is a Greek-American media legend known for creating Huffington Post, a liberal news-media platform that has taken the internet by storm since its creation in 2005. While Arianna Huffington is no longer the editor-in-chief of HuffPo, she built a news empire “during a challenging time for all media organizations.”

In addition to her work on Huffington Post, this female go-getter also founded Thrive Global, a media group that encourages self-help, wellness, and performance. 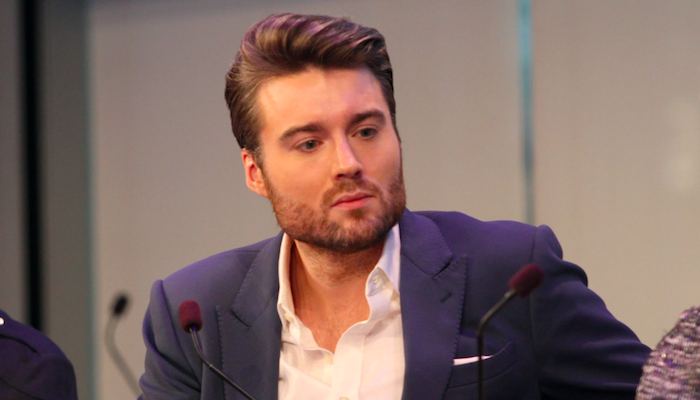 Pete Cashmore is the Scottish-born founder of Mashable, a news resource for millennials and tech-lovers. Starting Mashable at just 19 years old, Cashmore fits right in with his fellow Silicon Valley entrepreneurs as a young, disruptive tech guru.

While Mashable was successful as a tech blog, it was Cashmore’s pivot from tech blog to media resource that made Mashable a household name. 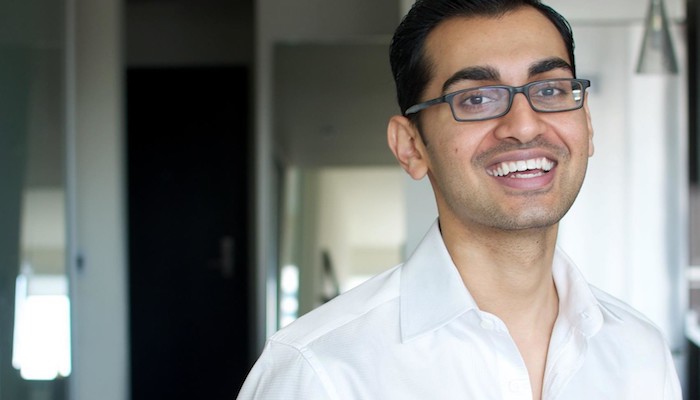 Neil Patel is a marketer, influencer, and entrepreneur who grew up in California as the son of immigrants. His story is an amazing tale of hard work and ambition, in which he emptied trash cans, sold automotive parts, and traveled door-to-door vacuuming houses for free, all in the name of business.

Over time, Patel realized proper knowledge of marketing and software could be the key to his success (that, and creating simple solutions for common problems). After a few startups, Patel and his team have created KISSmetrics, an analytics platform for those looking to succeed in business, this then evolved into his own website/blog for SEO and blogging beginners and experts alike. 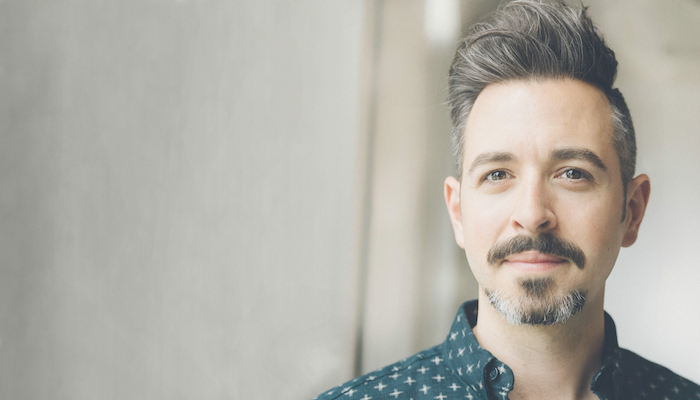 Rand Fishkin is the Seattle-born, self-proclaimed “Wizard of Moz,” which is just a simpler way of saying founder, former CEO, and current chairman of the board of directors. Moz was founded in 2004, and today, it’s one of the top SEO resource websites for businesses and bloggers.

Fishkin was a college dropout who simply began working on a blog of his own design. Moz is now a multi-million-dollar company that continues to grow and help internet users. 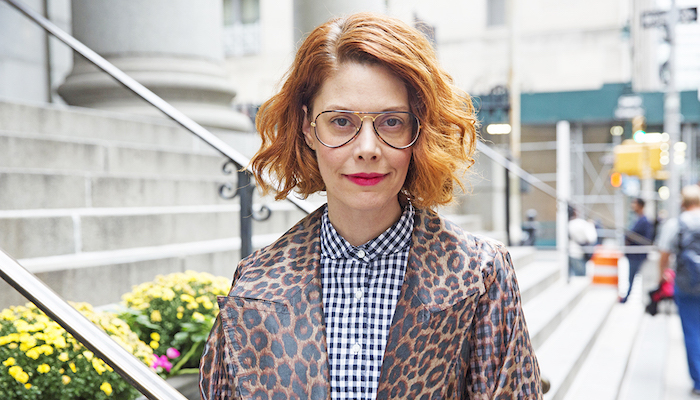 Christene Barberich is a co-founder and Editor-in-Chief of Refinery29, one of the most popular and most-viewed style blogs in the world. Barberich cofounded Refinery29 with a few friends in a small apartment. The blog is now a rapidly growing company with billions of visitors a year.

Not only is Refinery29 a huge success, but Christene Barberich has also proven that blogs with a focus on self-help and personal interests can evolve into something culturally relevant and inspiring. 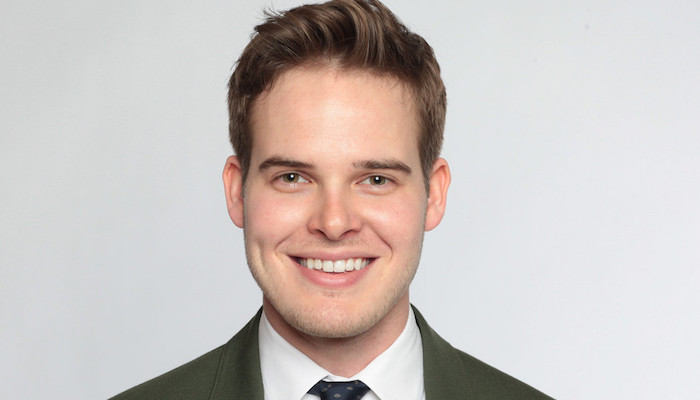 Florida-based Kyle Taylor is the Founder & CEO of The Penny Hoarder, a financial blog for the modern generation. The Penny Hoarder was founded as an advice blog; Taylor was paying back student loans and thought others could benefit from his own methods. The Penny Hoarder now has up to 17 million unique readers a month.

Taylor’s story is inspirational in that he made money when he needed it most, just by working to help others like him. 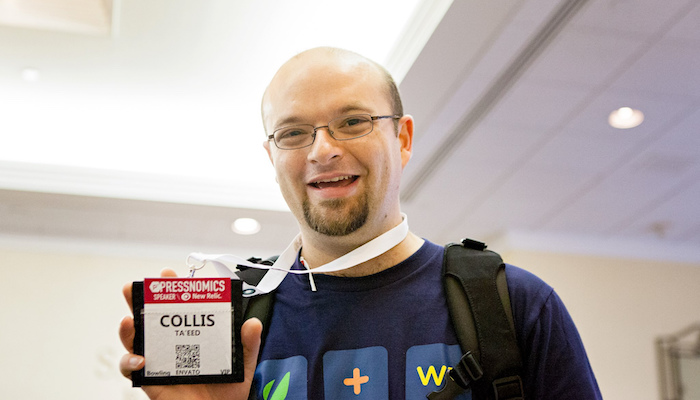 In Melbourne, Australia lives Collis Ta’eed, CEO co-founder of Envato, a company that focuses on self-learning and helping creatives. You may be familiar with Tutsplus, the Envato site with endless tutorials and how-tos. After working in web design and selling stock, Ta’eed co-founded Envato with Cyan Ta’eed, his wife.

If a typical day in the life of Collis Ta’eed is any indication, Ta’eed is a CEO who isn’t afraid to work hard and get his hands dirty. He’s an advocate for communication and organization. 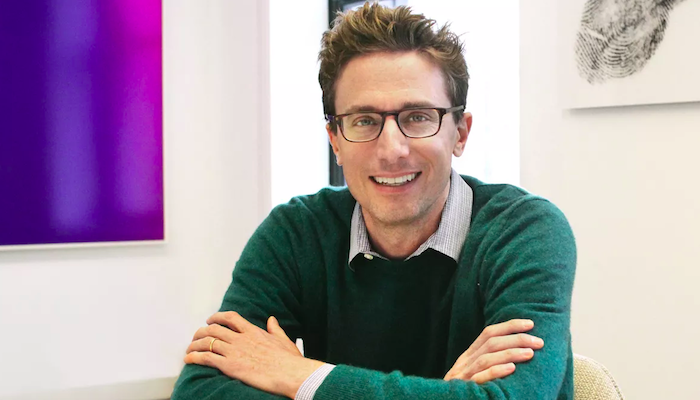 Jonah Peretti grew up in California and is the co-founder and CEO of the pop culture phenomenon, Buzzfeed. Before he co-founded Buzzfeed, Peretti also worked with a group of people (including Arianna Huffington) to create Huffington Post. Peretti began Buzzfeed as an experiment of sorts: a platform that would extract popular content and allow people to connect over it. 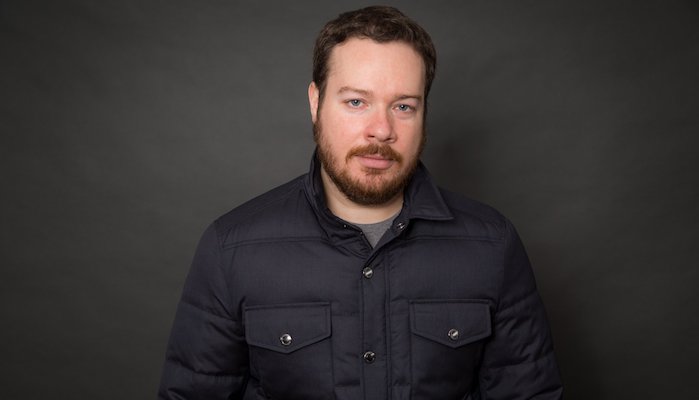 While the New York/San Francisco-based Bryan Goldberg has had a negative press in the past, there’s no doubt Bustle, the women’s online publication he founded in 2013, is doing well. As of 2017, Bustle was valued at nearly $200 million though it seems to be having some internal turmoil recently. The site covers everything from modern politics to trending beauty tips.

Though Bustle is not Goldberg’s first business venture, it is his most successful. After learning difficult lessons and evolving to meet his readers’ needs, Goldberg is now the head of one of the top-read blogs for women. 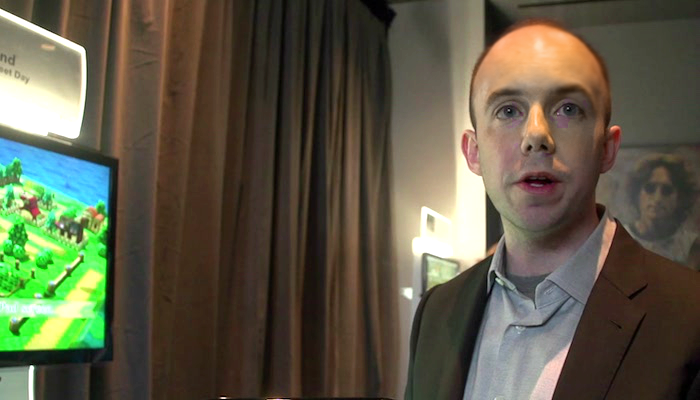 Brooklyn-based Stephen Totilo is the Editor-in-Chief of Kotaku, a niche blog for those who like niche subjects: gaming, “nerd” culture, and everything in-between. Totilo has written about video games for MTV, The New York Times, and Newsweek.

Stephen Totilo has focused on a niche industry—in this case, blogging about video games. Because of his knowledge, interests, and drive, he’s had great opportunities to blog about what he loves. 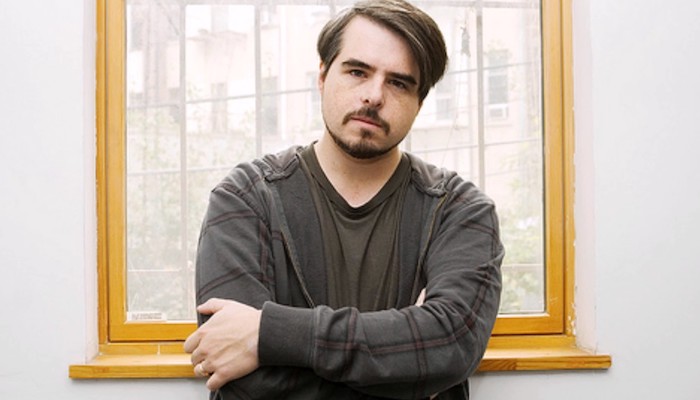 Ryan Schreiber is the Founder and CEO of Pitchfork, the indie music blog that continues to guide both musicians and music-lovers alike. Schreiber began Pitchfork in 1995, during a time when the internet was essentially the Wild West. What’s more, he began the blog right out of his Minneapolis bedroom.

Pitchfork is now owned by Condé Nast, the media conglomerate that boasts heavy-hitting brands such as The New Yorker and Vogue. In the beginning, Schreiber was simply a youngster on a new platform, blogging about what he enjoyed (mostly because he couldn’t afford to create a physical magazine). Despite the difficult early years, Schreiber’s “labor of love” paid off—big-time. 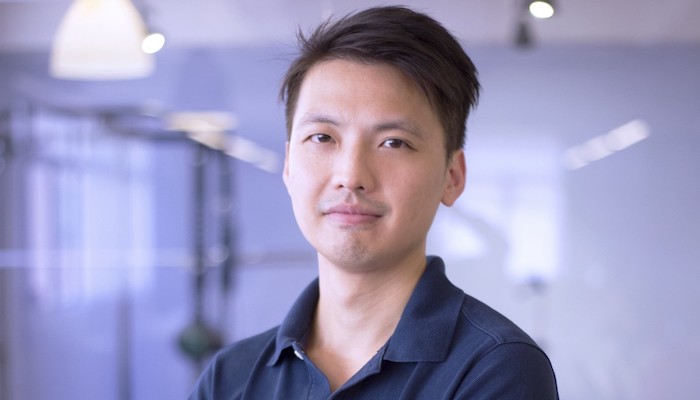 Leon Ho is San Francisco-based founder and CEO of Lifehack, the vastly popular lifestyle blog that teaches productivity tips in all areas. After managing a large team, applying business “hacks,” and learning lessons, Ho decided to share his wisdom with others via the blogosphere. Lifehack now has over 12 million monthly readers and counting.

While Lifehack started as a way for one person to share tips and tricks, it has become a major resource for experts and avid learners alike, bringing in numerous authors and subscribers. 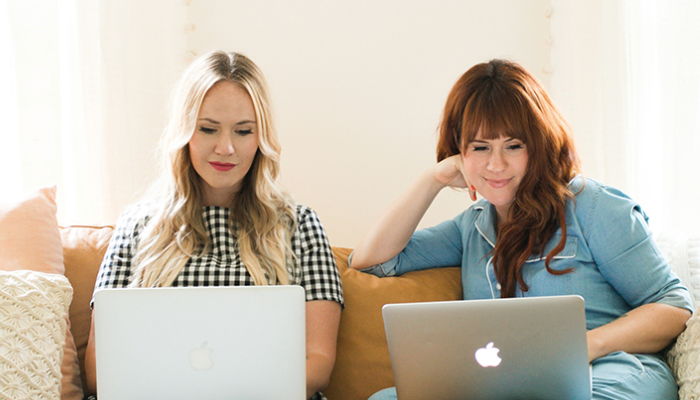 Elsie Larson and Emma Chapman are Missouri natives and sister co-owners of A Beautiful Mess, a women’s lifestyle blog and company. The blog began as a small project that covered Larson’s personal interests. It now has thousands of readers and numerous contributing writers.

Since its creation in 2007, A Beautiful Mess has been the inspiration for apps, books, and an online shop. As this blog proves, a personal project can pave the way for a successful business. 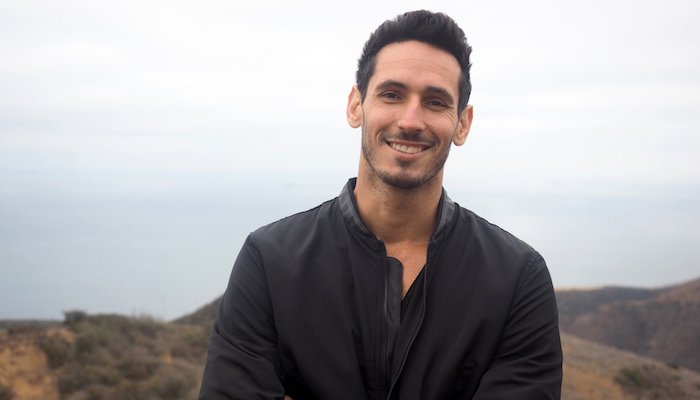 An Australian native, Joel Brown is the founder and CEO of Addicted2Success, a business blog devoted to helping online entrepreneurs and professionals. Addicted2Success has drawn hundreds of millions of unique views and currently boasts over 2.7 million social media followers.

Not only has Brown created a popular self-help site and business, but he also offers podcasts, videos, and ebooks for professional growth. Brown has also used his success as a way to give back, raising money through his community to build a school for impoverished children. 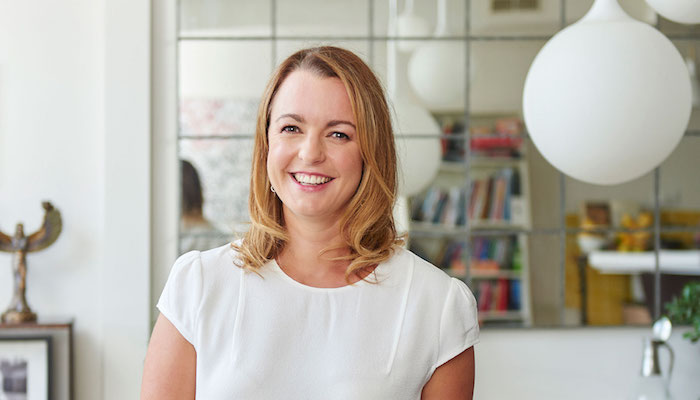 While Australia native Brigit Esselmont may be just another blogger to some, she is known to thousands in the tarot community as a leading voice in spirituality. Biddy Tarot started in 1999 as Esselmont’s way of documenting her tarot journey.

After a decade of working a corporate job and writing a blog on the side, Esselmont was able to quit her job and focus on the blog full-time. Biddy Tarot is now a fully-functioning business with more than a dozen team members and 5 million visitors a year. On top of her blog, Esselmont also offers business coaching, readings, and podcasts. 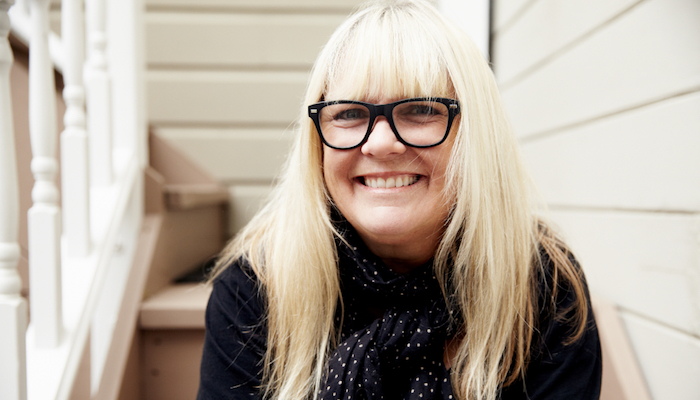 Design blogger Victoria Smith is a “San Francisco Girl now living in Los Angeles.” No matter where she lives, this SF girl (by the bay) is always busy blogging about interior design, travel, fashion, and more. She also had a hand in helping Ben Silberman launch Pinterest in 2010.

“SF Girl By Bay” began as an email address and grew into a major brand and blog. As her blog garnered more traffic, Smith was eventually able to quit working in advertising and pursue her blog full-time. Smith now receives millions of views per month and has hundreds of thousands of followers. 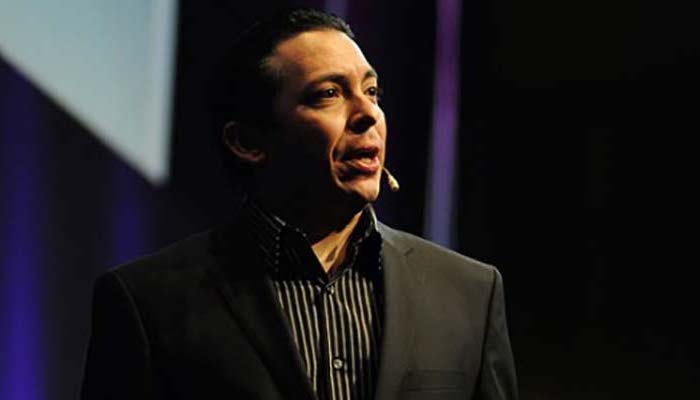 Brian Solis is a blogger, author, and keynote speaker in the Bay area. He has been writing about technology and business for over a decade. Solis’ understanding of adapting to fit trends—what he calls Digital Darwinism—has allowed him to be a leader in marketing and technology alike.

By targeting how companies can improve customer service, tech, marketing, and leadership, Solis has made himself, his blog, and his brand an invaluable source of information and inspiration. 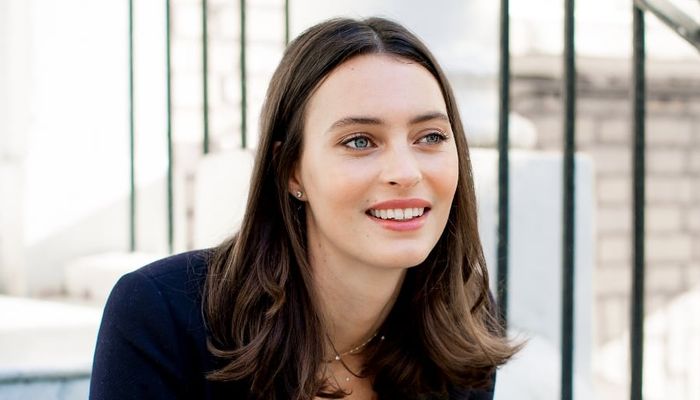 Photo courtesy of The Glee Club

This list can’t be complete without at least one food blog and our choice for that would be Deliciously Ella. It was founded by Ella Mills who had to make certain adjustments to her lifestyle and diet after being diagnosed with a condition called Postural Tachycardia Syndrome, as well as Ehlers-Danlos and Mast Cell Activation Disorder.

With her lifestyle change, Ella began her blog as a personal platform back in 2012 but it quickly became a huge hit since most of her recipes and food are healthy and mouth-watering at the same time despite being primarily plant-based. To date, Deliciously Ella has accumulated over 130 million hits over the years it has existed.

The Art of Manliness 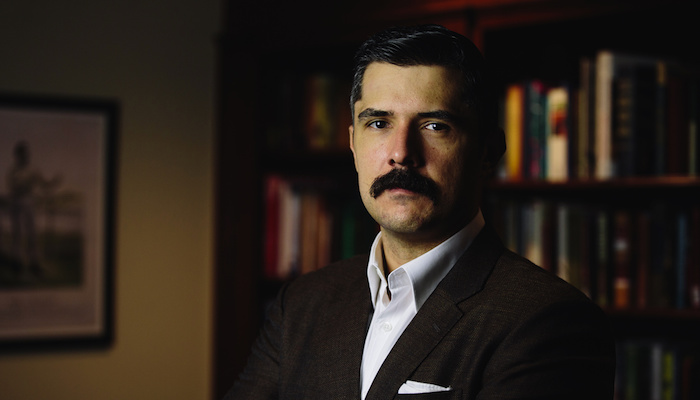 Oklahoma man Brett McKay knows all there is to know about “manliness.” As the founder and editor-in-chief of The Art of Manliness, McKay has been writing for men like himself since 2008, while he was studying law. After browsing men’s lifestyle magazines and failing to see articles that interested him, McKay decided to make his own men’s lifestyle magazine—online.

The Art of Manliness is a full-time business for McKay and his wife, Kate. The blog covers applicable topics, such as fashion, business skills, affordable clothing, health tips, and financial tricks. Nearly a decade ago, McKay observed the need for a change in men’s reading; he now garners over 10 million page views per month as of 2017.

Miss Whoever You Are 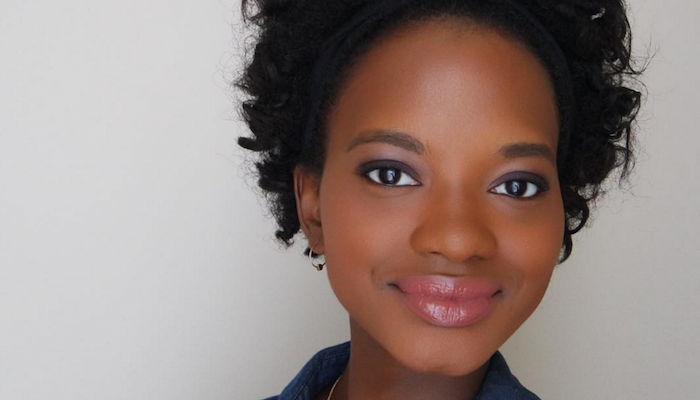 Eileen Dautruche hails from Brooklyn and is a prominent beauty blogger. Her blog, Miss Whoever You Are, provides information on skincare, cosmetics, and style. The blog began as a personal project, inspired in part by Breakfast at Tiffany’s, Dautruche’s favorite movie.

“Miss” may have started as a personal blog, but it is now a platform for Dautruche to connect with others like herself. With a popular YouTube channel, large social presence, and thousands of social media followers, Dautruche is a miss everyone should know.

These are just 20 amazing bloggers, but there are numerous others. And sure, being a modern blogger can feel daunting, especially considering how saturated the market is. However, if there’s one thing to be learned from the bloggers above, it’s this lesson; writing about your interests can pay off with the right ambition and the proper skills.

These bloggers teach us perseverance is a major step in creating success; they also teach us that learning from mistakes is crucial. Most importantly, these bloggers reinforce one simple truth; it’s okay to pursue new projects. After all, a new project today could be your livelihood in the years to come.