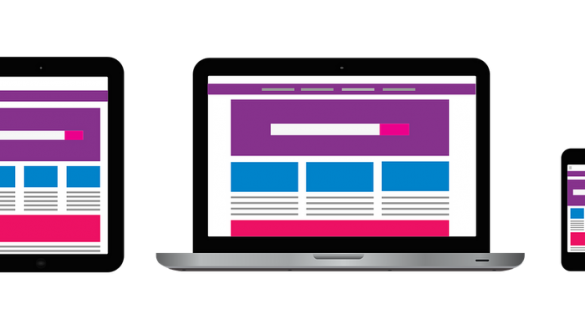 Your website or blog’s layout is actually everything, even if it doesn’t seem like it. User psychology dictates that there’s a standard personal mindset people have when navigating a website. As such, how your website looks like has to be easy on the eyes and follow a certain flow. You can achieve this with some WordPress page builder plugins.

These page builder plugins, as their name implies, can be used to easily shuffle around some page elements from the text, the images, the widgets, and even the buttons. Like WordPress plugins, some are better than others. Lucky for you, we have compiled some of the best of them and also measured how they hold up against each other.

So, if you’ve been putting off on page builder plugins, now would be a great time to decide. We’ll help you pick out which one’s the best for your blogging needs or wants. We’ll also list their significant features and offerings so you can decide whether they’re pros or cons.

After trying out, Elementor, it’s easy to see why it received a unanimously great reception. The drag-and-drop functions make it easy enough to operate especially for beginners. Meanwhile, the styling options are also quite robust and you’re given full control of how you want your website to look like.

Previously called Thrive Content Builder, its developers have since renamed it to Thrive Architect. It has a lot of similarities with Elementor particularly when it comes to the user interface which means it should also be a familiar experience for most website owners. However, Thrive Architect apparently has a different niche in mind and that’s bloggers who do affiliate marketing.

This is all due to the fact that Thrive Architect’s focus is conversion rates. As such, Thrive Architect’s modules and templates function better for websites with inherent marketing content. It’s also significantly more pricey than Elementor for that reason.

SiteOrigin’s own Page Builder plugin for WordPress might not be as popular as Elementor but it’s still competitive with more than 1 million active installations. It’s forte, according to its developers is with column-based content, making it suitable for written content blogs or journals or even news websites.

SiteOrigin is also one of the oldest plugins in this list and is not about to go anywhere anytime soon. Apart from being great for column-layout blogs, SiteOrigin is lightweight while also offering good CSS control options. Needless to say, it won’t be much of a performance hog for your blog or website.

Another strong and steady option for you is the Beaver Builder. It has 400,000+ installations but its developers offer good support for the latest WordPress versions. You usually won’t have to worry about updates when it comes to the Beaver Builder. The plugin also has great compatibility with Beaver’s other offerings like themes or extensions.

All these add-ons don’t come as affordable as the other plugins in this list. Beaver Builder’s premium option is a lot more pricey than others at $99. It does have a free version, however, but you might find that limited. Even so, Beaver’s easy interface and smooth functions might be worth the steeper price.

Divi Builder is another elegant but premium-only page builder plugin for WordPress. That means it doesn’t have a free version and can get rather expensive. In fact, it’s the second most expensive plugin on this list at $89. There is a demo, however, so you know what you’re getting into.

Some of you might find Divi Builder’s approach more modern and classy, however, perhaps even more so than Elementor. Divi trades in the sidebar interface for the more modular and sleeker popup buttons. This gives the plugin a more unique feel than the rest. Do note that it comes as a part of an Elegant Themes membership, meaning you’ll have to go through that before getting this plugin.

If you want a page builder that also lets you customize many other visual aspects of your websites that most other plugins in this list normally won’t let you do, then Visual Composer might get the job done. Apart from letting you shuffle around your site layout, Visual Composer also lets you change your logos, menus, sidebars, headers and footers, and many other elements.

You can even treat the whole thing as a website builder instead of just a page builder. In that regard, you can even use this plugin if you’re just starting out in blogging or your website. For all its functions and offerings, don’t expect Visual Composer to be free. It only has a premium version that starts at $59.

Like Divi, Themify page builder comes as part of a bundle, specifically the Themify theme. Because of that, you can expect Themify to put into consideration the different kinds of blogs or websites. There are layouts and templates for different niches and industries so you have plenty of options no matter what kind of blog you run.

It has one handy feature that allows you to edit your website that lets you edit live, meaning no need to go into the backend to do it. The plugin is also free but comes with the most affordable Pro version starting at $39.

Now that you know your options, it’s time to choose the best. Based on the features and offerings, as well as the generosity of the plugin, we’d have to go with Elementor. However, it doesn’t have everything and if you find a feature that you want in another of the page builder plugins, feel free to try them out.

RELATED: Should You Use a Website Builder or Just Hire a Web Designer?