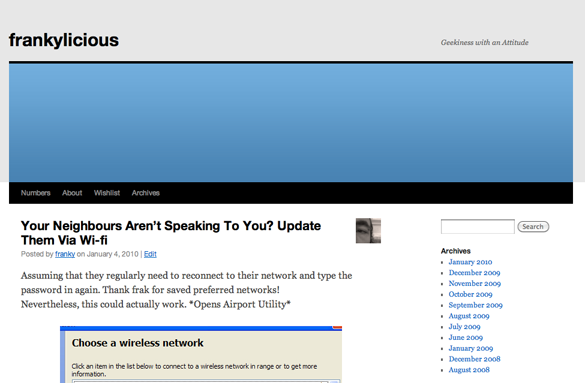 When the WordPress Core Team met after WordCamp Orlando, canonical plugins weren’t the only big announcement for 2010. The other announcement was that WordPress would receive a new default theme in 2010, thus retiring Kubrick by Michael Heilemann. Jane Wells announced the concept and immediately hinted at what the Core Team was thinking off: The […]