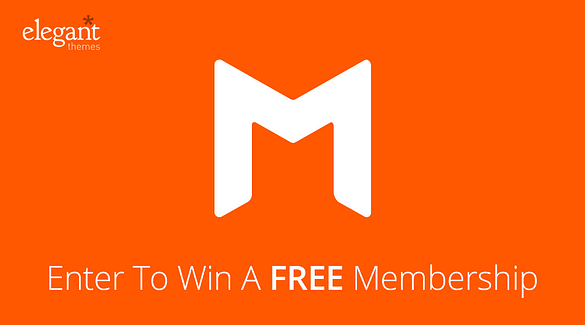 New themes are always welcome, especially if they look good and they have the functionalities that modern designers and bloggers want. When it comes to theme providers, one of the most popular is Elegant Themes, and we have partnered up with them to celebrate the release of their new theme Monarch.Read More »WIN 2 Developer Subscriptions From Elegant Themes [#Giveaway]

State of The Blogosphere in 2010

The Rebirth of Jack of All Blogs

Jack of All Blogs (JOAB) was one of the first blogs to put Splashpress Media, back then still named the Mr. Bloggy Network, in the spotlights. JOAB was a popular insidery gossip blog about all things blogging, a member of Emeritus Paul Scrivens‘ Fine Fools network, edited and written by David Krug, with Chris Pearson as the outsider contributing his snark.

JOAB was feared – feared because both authors knew what went on in the blogging gossip kitchen and had no remorse, hiding behind their pseudonyms which were only known by other insiders. Let’s be honest, Jack of All Blogs was over-rated and our network owner, Mark Saunders, probably paid way too much for this site – an error this admirable and honest man would repeat over the next five years with a sense of stubbornness worthy of everyone’s respect, until he diagnosed himself and admitted that blog shopping his guilty Sunday afternoon pleasure was. Jack of All Blogs was also the first site I made a paid appearance on and ever since then times were bound to change. I personally – and the landscape as well – would soon undergo a major transition, both for Mr. Bloggy and the blogging scene in general. Things were about to explode. Read More »The Rebirth of Jack of All Blogs

The wait is finally over and Expression Engine 2.0 has finally been released by EllisLab more than 18 months after being introduced at SXSW 2008. I personally have not had time yet to extensively test the new release but expectations… Read More »Expression Engine 2.0 Public Beta Released and There’s No Core Version

Want to build Traffic? Here Are Some Tips.

DailyBlogTips.com has a great post up today about how to gain some traffic to your blog. It’s get some really good advice on what you should (and shouldn’t) be doing to build up some traffic. Here’s a small taste of… Read More »Want to build Traffic? Here Are Some Tips.

Publish Your Blog on the Kindle

Up until now, there have been very few blogs available for the Amazon Kindle. Those days are over now though, thanks to the “Kindle Publishing for Blogs BETA” It sounds pretty cool actually. You get to make your blog available… Read More »Publish Your Blog on the Kindle

There’s finally HD video support for WordPress.com sites with VideoPress. A lot of the WordPress.tv videos have gone HD, and it’s spreading like wildfire. Here’s what the WordPress.com blog there has to say about it. With the video upgrade (available… Read More »VideoPress adds HD Video Support

Big news recently was the movement of Blo.gs, a popular ping service, to Automattic, the keepers of WordPress. It seems Automattic has been entrusted with continuing to develop Blo.gs though I don’t understand how they can effectively do that while… Read More »Yahoo! Gives Blo.gs to Automattic