WordPress websites are battling with a new threat involving a Russian cybercrime network, which is stealing login credentials for U.S. and European banks. Using a botnet, the cybercriminals have already obtained information from 800,000 online-banking transactions. More than 50 percent of these are reported to be from five of the largest banks in the U.S. 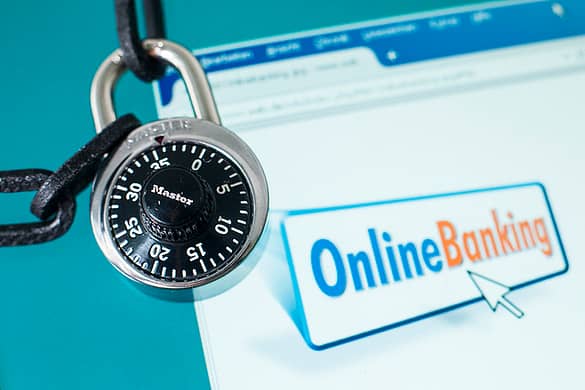 The illicit activities of the cybercrime network were discovered by Proofpoint, Inc., a Sunnyvale, California-based security company. It has released information on how cybercriminals get around security measures.Read More »WordPress Websites Targeted by Russian Cybercrime Network

It’s no secret we love WordPress, and every time something significant comes up, we can’t wait to test it out. Yesterday, WordPress.org announced that WordPress 4.0 Beta 1 is out.

Of course, it comes with the usual warning that it is still in development – that’s why it’s a Beta – and that it is not recommended that you run it on a live site. Still, that doesn’t mean you cannot play with it!Read More »WordPress 4.0 Beta 1 Is Out; Want to Try It Out?

WordPress for Android Will No Longer Support Gingerbread

New versions of mobile operating systems always excites users for a variety of reasons, not the least of which are the improvements that are supposed to come with them. On the other hand, app developers have the issue of needing to consider the different versions when creating their apps.

Needless to say, in the case of Android, Ice Cream Sandwich (Android 4.0) was a major update that was welcomed by practically everyone. Sure, developers had more to take into consideration, especially the fact that they would want to take advantage of what Ice Cream Sandwich has to offer while continuing to maintain compatibility with older versions.Read More »WordPress for Android Will No Longer Support Gingerbread

The colleagues over at The Next Web report that WordPress has hit the 50 million websites milestone. The open source software now is used on 14% of all sites on the internet, half of them being hosted by WordPress.com. WordPress.com… Read More »WordPress Powers 50 Million Websites – WordPress 3.2 Downloaded More than 1 Million Times

WordPress Post Formats have been the rage among designers and developers since first announced and with WP 3.1 reaching its release a set of standardised, non-extensible, post formats have found their way in the WordPress core. As so often, a decision made by the Core team has lead to questions, sometimes even disapproval. Read More »Nacin Explains WP Core Team’s Post Formats Concept

WordPress by Jazz Legends, An Infographic About the WP History

Rather like sorting the wood from the trees with Credit Loans, it is easy to forget how many versions of WordPress there have been, not to mention the release names. From the early days of WordPress 1.2, every new release… Read More »WordPress by Jazz Legends, An Infographic About the WP History

Yesterday saw the much awaited release of WordPress 3.0. I’ve talked about this 3.0 release numerous time here, but it’s finally live. As far as I can remember this is the most awaited version because of the heap load of new features. You can tell the guys at WordPress are pretty excited about  this release too judging by their release post:

Major new features in this release include a sexy new default theme called Twenty Ten. Theme developers have new APIs that allow them to easily implement custom backgrounds, headers, shortlinks, menus (no more file editing), post types, and taxonomies. (Twenty Ten theme shows all of that off.) Developers and network admins will appreciate the long-awaited merge of MU and WordPress, creating the new multi-site functionality which makes it possible to run one blog or ten million from the same installation. As a user, you will love the new lighter interface, the contextual help on every screen, the 1,217 bug fixes and feature enhancements, bulk updates so you can upgrade 15 plugins at once with a single click […]Read More »WordPress 3.0 is finally here

Is The Waiting Finally Over? WordPress Releases 3.0 Release Candidate

Upon WordPress’ 7th year birthday it now finally seems the waiting is – almost – over as WordPress released it’s Release Candidate of 3.0. For those of you not in the know a release candidate is a version between the Beta’s, which are for squashing bugs, and the actual version. Generally pretty solid, but not quite finished yet. Quoting from the release post over on the WordPress development blog:Read More »Is The Waiting Finally Over? WordPress Releases 3.0 Release Candidate

WordCamps Need to be GPL too now?

Jane Wells from Automattic published an update on the WordCamp How To blogtoday which is a warm welcome to anyone wanting to host a WordCamp. I have been lucky enough to help organize a WordCamp here in the Netherlands last year and hope to repeat that this year -yes, you’re all invited 🙂 – and anything and everything is welcome to help make that a smoother experience for all attending.

The newly drafted guidelines are in fact pretty much straight forward on most topic such but there there are some questions it raises.

Read More »WordCamps Need to be GPL too now?