The world of blogging is one big roller coaster, isn’t it? You have those who start a blog and eventually abandon it. Then there are those who earn a few bucks each month, so they keep going.

Finally, there are people who are constantly defining and improving the way we approach blogging as a business. These are known as highly successful bloggers, which is a title that doesn’t come easy.

Let’s look at some of the habits and routines that set these entrepreneurs apart.

They Tackle the Unknown 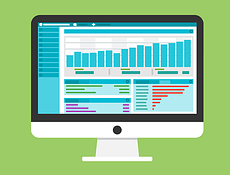 It is said that we, as a society, tend to fear what we don’t understand. This is very true when blogging as well, given the fact that many prefer to keep things “safe and simple” throughout their journey.

How many times have you considered starting a YouTube channel but feared showing your face or voice?

How many times have you relied on someone else’s infographic instead of creating your own and labeling it with your brand?

How many times have you considered writing that “ultimate guide” consisting of 2,500 words, but ultimately backed down?

This is the difference between the average Joe and highly successful bloggers; they may feel intimidated by a daunting task, but they still face it head-on anyway.

Everything is a Work in Progress

Highly successful bloggers don’t have the luxury of saying,”I’m done with the journey.” This would imply that they are settling for a decent pot of gold even though there’s a much bigger one just ahead.

A masterful blogger digs a new question out of every answer. What can be done better? Is my blog’s user experience reliable and satisfactory? Why is my competitor’s website more attractive and successful?

They Read… a Lot.

Speaking of analyzing, much of it revolves around dissecting published pieces and the meaning behind them.

Have you ever come up with a curious idea while casually reading something that had nothing to do with it?

Oftentimes we will uncover something big when we’re not looking. One thought will often lead to an idea, which subsequently triggers a brand new angle to an existing formula.

Make a habit of reading even those topics that you’re already familiar with – along with a healthy dose of brand new ones, of course.

Nothing is Left to Chance

Simply put, highly successful bloggers don’t just assume things; they test them. In fact, much of the misinformation and myths about blogging comes from generalized assumptions.

Thorough testing has led to the discovery that longer content often performs much better than shorter ones. While this may seem obvious (due to more keywords appearing naturally in the article) it was important to know the “why” and the “how” of things, which led to understanding Google’s algorithm just a bit better.

This thorough testing has made some bloggers well-known for doing the heavy lifting while everyone else chooses to relax a bit more.

They Pick their Battles

Any serious blogger will readily tell you that publishing a blog post is only half the battle:

There’s much research to conduct prior to writing
There are supporting details to gather (relevant links, images, and more)
There’s much sharing to do (which is another strategy in itself)
….among many more tasks

An average blogger often starts strong, but s/he may gradually abandon the project as these tasks become increasingly intimidating. Then s/he would simply say, “I’ve been busy with the kids lately, or too busy with my 40-hour job. Maybe I’ll resume blogging in a few months.”

The above is perfectly understandable, but thankfully there are ways to tackle many of these issues.

Remember we are not alone anymore; successful bloggers can outsource the “less important” tasks while they focus on the rest. Otherwise, bloggers compromise by publishing less frequently in order to stay sane (for example, once a week instead of twice).

In short: Highly successful bloggers will do anything in their power to keep their project alive before calling it quits.

They have a routine. There’s no such thing as, “I’ll just do this later.” Successful bloggers don’t wake up each day wondering what to do. Everything is programmed throughout the week, and breaking out of an established routine is rare (unless truly necessary).

Making friends is not optional. You have heard this plenty of times now: Connect with fellow bloggers. While most people get to know one or two over time, successful entrepreneurs build something truly solid as opposed to a casual working relationship.

So, are you ready to evolve as a blogger? The journey is undoubtedly overwhelming, but as you already know, the rewards are worth every drop of blood, sweat and tears.

How to Manage Your Full-time Job and a Blog Successfully