Home » News » Five Creative Ways to Get to Know Your Audience

Five Creative Ways to Get to Know Your Audience

As most blogers follow a specific niche, it’s safe to say that we have a general idea about our audience’s interests. But let’s face it: There’s always something new to learn about people.

In fact, certain habits may actually surprise us and even contradict something we once thought.

So, wouldn’t it be nice to really, really get to know your audience and help take your blog, products and services to the next level? Today I’d like to explore some creative techniques to do just that – all without the help of more advanced systems such as Google Analytics.

Implement a Poll Plugin into Your Articles 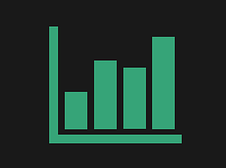 It’s customary to ask a question at the end of your blog posts. This generally encourages interaction among readers and helps expand the topic in question.

The problem, though, is the fact that such questions don’t always elicit the answers you’re looking for. Even if the discussion is laser-targeted and deeply thoughtful, any reasonable answer may get buried among all the comments that simply state, “Thanks for the nice post!” among other general responses.

So what can you do to emphasize your end-of-post questions a bit more? Ask it through a poll.

This allows for the integration of a voting system, which may entice others to participate due to its gamification-like aspects. In addition, all data is then saved for you to review and subsequently get to know your audience.

Note, however, that polls work best with questions that are not too open-ended, as users will typically be forced to choose from a series of pre-existing options.

A good plugin for this includes Wp-Polls and YOP Poll.

Surveys… with an Incentive

Many people don’t have a problem filling out a survey, especially if it’s fairly short and they’re fans of your work.

However, there’s nothing like good old incentives to help accelerate the process of gathering data.

Google Opinion Rewards, a phone app that asks users consumer-based questions, generally pays a few cents in the form of Google Play credit (which allows you to get apps and games for free).

You can integrate a similar system into your blog as a fun and convenient way to gather crucial information about your audience.

For example, send out a three-question survey once per month and pay .25 cents to the first 100 users. That $25 investment (total) could go a long way depending on your approach and ultimate goal.

I’m an avid Reddit lurker, and I often see people asking others to review their website, product, or service. This usually follows by brutally honest opinions from those who are loosely interested in the blogger’s offering (as they generally ask from a related subreddit).

Incorporate a similar tactic to get to know your audience, as they’re practically telling you exactly what they want without fail.

For maximum results, rely on several platforms as opposed to just one (Quora and niche forums). Do you get similar responses from multiple people? Take careful notes and address the most common issues people mention.

Freebie with a Twist

Most bloggers ask readers for their email address in exchange for a free guide (as a means of growing their mailing lists). This is fine and dandy, but have you ever considered gathering crucial answers in exchange for said freebie?

For example, ask people one crucial question pertaining to your niche or a product you’re thinking of producing. Once people answer, redirect them to the page containing what they’re looking for.

I understand that list-building is highly important, so this isn’t meant to be a permanent tactic. However, implementing it for a limited time is not a bad idea depending on how important your question is.

Some of these techniques can be tackled with the help of various survey plugins available for WordPress.

You could say that statistics are answers which are practically laid out for you. They often reveal intriguing ways to get to know your audience by disclosing their likes, dislikes, purchasing decisions, and much more.

One such news may reveal that “an increasing number of females are interested in video games.” If your gaming blog pertains exclusively to a male audience, wouldn’t this piece of news make you think twice?

Check out this previous article I wrote, which discloses several websites to gather facts and statistics.

There are simply too many ways to get to know your audience, so I wanted to highlight some of the more creative techniques out there. Feel free to provide additional tips in the comments section below.

How to Hack Your Articles for Massive Blog Engagement