Is The Waiting Finally Over? WordPress Releases 3.0 Release Candidate 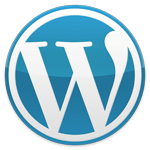 Upon WordPress’ 7th year birthday it now finally seems the waiting is – almost – over as WordPress released it’s Release Candidate of 3.0. For those of you not in the know a release candidate is a version between the Beta’s, which are for squashing bugs, and the actual version. Generally pretty solid, but not quite finished yet. Quoting from the release post over on the WordPress development blog:

Some things to know:

So again, the wait is almost over and you are all invited to help out making that last wait as short as possible by helping out testing this Release Candidate. Report any errors you find on either the wp-testers mailing list or when you’re up for it file a bug ticket on the WordPress Trac

P.s. On a curious note, what version of WordPress did you start with?