Scaling Images via the Image Upload Function in WordPress 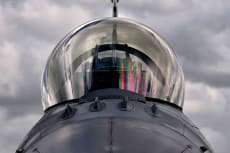 The best way to add a bit of color to your site is by making good use of great imagery. Finding matching images for your posts can be difficult every now and then, but getting those images to show in a consistent manner throughout your site can be a pain. What I mean specifically is when you have finally found a matching image it most likely will not have the perfect resolution.

Perhaps you have noticed here on BloggingPro most images in post do not exceed the 240px range, but of course not all images can be found in exact that width. Most of the time you need to crop or resize those images you found to the proper width size.

I don’t know about you, but if I don’t have to fire up Photoshop or GIMP for such an easy task I’d rather not.  Furtunatly WordPress comes built in with a solution. We even mentioned it before.

After you have uploaded an image you are given the chance to edit that image. Yes, that same screen where you decide what alignment you want to give that image, where to link it at, what title the image should have, that’s where you can actually edit the image. Right next to the thumbnail image it says <em>Edit Image</em>

That <em>Edit Image</em> certainly is not a replacement for Photoshop and the likes, but you can perform some basic actions like scaling, my favorite. To show you what I mean I actually created a short screen cast of editing an image to scale a 800px wide image back to 230px.

This is just an example of what you can do, as you have seen there are more things you can do with that image. A function in WordPress people in general make very little use of, mostly because they don’t know it’s there.Were you aware of this function and if so have you ever used it?