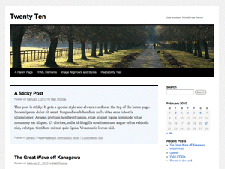 WordPress is gearing up to release a new version, WordPress 3.0, which will house a lot of new cool features and the merging of WordPress MU with WordPress stand alone version. Alongside with this release WordPress will also be shipped with a brand new interpretation of what a default theme should be. For years the default theme has been Kubrick, but that’s all going to change.

I’ve never been a fan of either Kubrick’s look or code, but I must say Twenty Ten is genuinely a great base theme to use for all your WordPress projects, especially when working with Child Themes. Sure it’s not as advanced as say Thematic, but it does produce powerful semantic html and is in general very well SEO optimized. No surprise there because Ian Stewart, the creator of Thematic, was also the one who inspired Twenty Ten with his theme called Kirby, and recently joined Automattic as a Theme Wrangler. 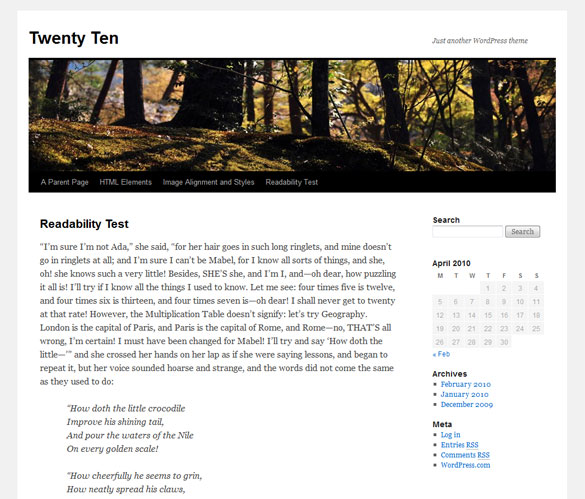 To really get a good impression of what Twenty Ten looks like you can head over the the Development blog of Twenty Ten which, of course, uses WordPress’ new default theme. If you’d like to check under the hood and see what the fuss is all about you can download Twenty Ten by downloading a zip file of the latest bleeding edge version of WordPress (which should never be used on live a live site and only as a test installation). In the wp-content/themes folder you will find the latest version of Twenty Ten.

All in all Twenty Ten to me is a major improvement over Kubrick. What do you think?